{{ activeItem() }}
Twitter
05/15/21
Podium at @MotorspArenaOC: Audi Sport driver @MiesChris and teammate Ricardo Feller finished third in today’s ADAC… https://t.co/fBO8WEE5DK
05/15/21
Ricardo Feller qualified third for the first ADAC @gtmasters race of the season at @MotorspArenaOC. He is sharing t… https://t.co/wUDOcK2mRc
05/14/21
MEDIAINFO: 23 race cars from Audi Sport on two ADAC racing platforms &gt;&gt; https://t.co/lkRiEyXwTy… https://t.co/0LhtaiMbYn
05/14/21
[1/2] Wishing good luck to the Audi teams this week: 🇩🇪 ADAC @GTMasters at @MotorspArenaOC 🇩🇪 ADAC GT4 Germany at… https://t.co/5PiGe2pbN6
Audi Sport on Twitter
{{ activeItem() }}
Facebook
05/13/21
Looking back on the next chapter of our history at the ADAC TOTAL 24h-Rennen Nürburgring. Together with Christopher Haase - Fanpage, join us as we relive the race in 2014, which resulted in a faultless victory and a new race distance record. #PerformanceIsAnAttitude #24hNBR
05/10/21
Victories for the Audi R8 LMS in Europe and Australia were just some of the highlights for our customers worldwide during the most recent race weekend. Well done to all! 🇫🇷 🇦🇺 🇸🇰 🇩🇪 🇳🇴 🇳🇿 🇨🇳 🇧🇷 🇧🇪 🇮🇹 >> audi.com/GT3 >> audi.com/GT4 >> audi.com/TCR #PerformanceIsAnAttitude
05/08/21
From the back and into the points for Lucas Di Grassi in Monaco: Lucas moved forward from 17th to score a point in 10th, while René Rast’s kiss with the wall unfortunately ended his race. Up next: Puebla in Mexico from June 19–20. >> audi.com/FormulaE #FutureIsAnAttitude #MonacoEPrix
05/08/21
RACE DAY in Monaco, the first time that ABB Formula E is running on the full-length circuit. Don’t miss today’s Monaco E-Prix at 16:04 CEST. >> audi.com/FormulaE #FutureIsAnAttitude #MonacoEPrix
Audi Sport on Facebook 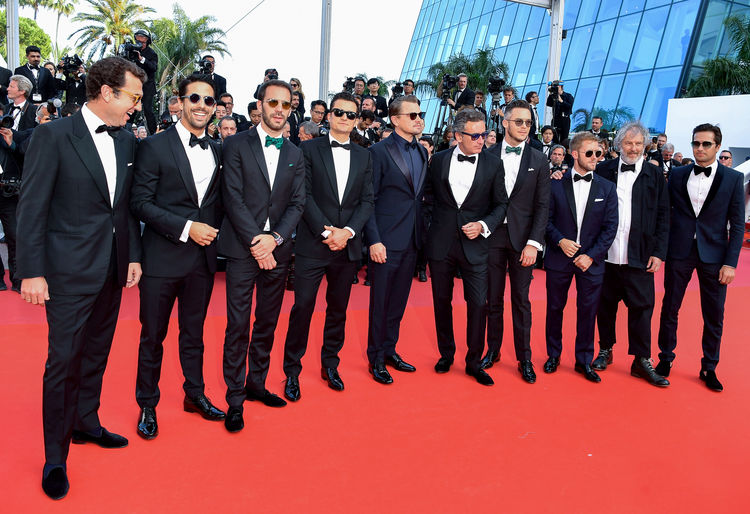 Formula E is visiting Germany this weekend (Saturday live on “Das Erste” and on Eurosport starting at 12:50 PM CEST). However, Audi Sport ABT Schaeffler was also represented at the Film Festival in Cannes on Thursday.

Before the E-Prix in Berlin, Lucas di Grassi made an appearance on the Red Carpet at the Film Festival in Cannes. The Audi driver is one of the protagonists in the “And We Go Green” documentary about Formula E that was produced by Academy Award winner Leonardo DiCaprio, Fisher Stevens and Malcolm Venville. The film celebrated its world premiere in Cannes on Thursday night.

TV channel CNN accompanied Audi driver Daniel Abt to Club OST on Wednesday, where the Audi driver met with the hip DJ duo Pan-Pot. The two showed the music enthusiast how to professionally deejay techno music.

To prevent a clash with the DFB Cup final between long-time Audi partner FC Bayern München and RB Leipzig, the Formula E race in Berlin will already start at 1 PM (live on “Das Erste”) on Saturday, as a matter of exception. The two free practice sessions were moved up to Friday. On Saturday morning at 8.45, the drivers will go directly into qualifying without another practice session.

For the first time this year, the Audi e-tron Vision Gran Turismo has been deployed at a Formula E event. The futuristic electric race car is driven by Rahel Frey. Singer Andreas Bourani is her celebrity passenger on Saturday.

Former boxing pro Arthur Abraham is keeping his fingers crossed for the Audi Sport ABT Schaeffler team at its home round. The multiple world champion lives in Berlin and is a great motorsport enthusiast.

At the same time as the E-Prix, the Green Tech Festival initiated by Formula One World Champion Nico Rosberg is taking place at Berlin-Tempelhof. The exhibition is centered on sustainable living and the future of mobility. Also on display, in Hall 5, is a prototype of the “Pop.Up Next.” The novel flying taxi concept from Audi, Airbus and Italdesign combines a self-driving electric car with a passenger drone.

Audi Germany is presenting the Audi e-tron*, the Audi e-tron Vision Gran Turismo, the Audi PB18 e-tron electric sports car concept and the Audi e-tron FE05 from Formula E in the trackside E-Village at the Berlin E-Prix. In addition, the Audi e-tron Playground offers an eScooter course, virtual Playstation races and Bobby Cars for the youngest visitors. On innovative swings, visitors can even help supply the playground with electric power.

After the E-Prix, Audi’s guests on Saturday night will directly move on to the Audi City on Berlin’s Kurfürstendamm Avenue, where they will be watching a live broadcast of the DFB Cup final.

In Berlin, Daniel Abt is racing with a special helmet design in commemoration of his “grand slam” last year. At his home round, the Audi driver in 2018 clinched pole position, victory and set the fastest race lap.

Roger Köhler, Team Manager of Audi Sport ABT Schaeffler, answered questions from a group of young women on Thursday. With the visit of its Girls on Track – Dare to be Different event to Formula E, the FIA shows what professional opportunities motorsport offers to young women. In addition, Berlin is hosting the annual FIA Volunteers Weekend with which the FIA thanks the many volunteers for their work.