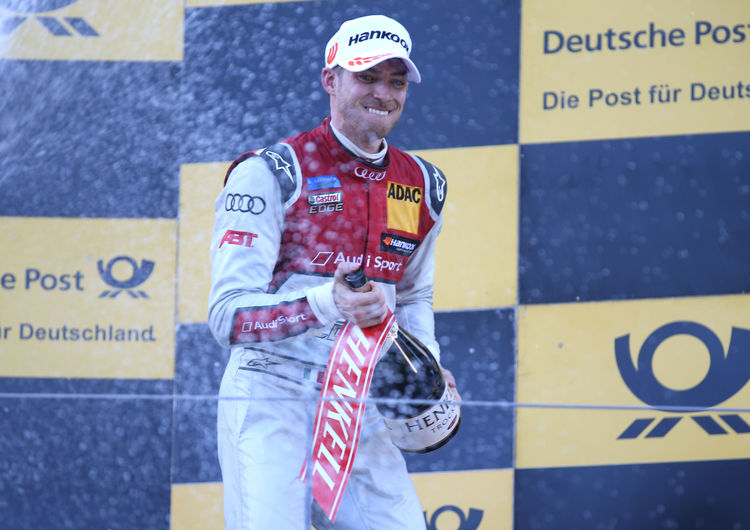 In the first of the two DTM races in Austria, Edoardo Mortara continued his series of excellent results at the Red Bull Ring. With a third place, the Audi driver moved into second in the standings and now sits only three points behind overall leader Paul Di Resta (Mercedes-Benz) before the second race on Sunday (start at 15:10 CEST).

Last year, Edoardo Mortara took a victory and a third place at the wheel of his Castrol EDGE Audi RS 5 DTM in Spielberg. The Italian from Audi Sport Team Abt Sportsline could very well repeat the result this weekend. The Audi driver laid the foundation for his second podium in the DTM season 2016 on Saturday with fourth fastest time in qualifying. A good start saw Mortara move immediately into third place – a position that he held until the checkered flag.

“That was the best we could do today from fourth on the grid,” said Mortara after crossing the finish line only 1.251 seconds behind winner Marco Wittmann and 0.525 seconds behind the second placed Tom Blomqvist. “My car was great, but the two BMWs in front of me were also very quick. I had hoped that their tires would drop off more at the end – unfortunately, this wasn’t the case. Even so, third place is a great result. Thanks to the team!”

Fastest Audi driver in Saturday’s qualifying was Adrien Tambay. In the Speedweek.com Audi RS 5 DTM, he secured third place on the grid for Audi Sport Team Rosberg on his third outing for the squad. The Frenchman dropped behind Edoardo Mortara at the start and later lost more positions – also because competitors overtook him under the yellow flag. However, the Frenchman finished eighth and in doing so scored his first points since the race in Spielberg last year.

The Swiss Nico Müller is one of only three drivers so far to have scored points in every race of the 2016 season. The youngster in his Playboy Audi RS 5 DTM fought his way from 15th on the grid to tenth. On the way, his strategy paid off to save as many DRS pivoting wing activations as possible for the closing stages.

Mattias Ekström was plagued by bad luck again: the Swede was knocked into a spin by a competitor at the first corner. Even though his Red Bull Audi RS 5 DTM was damaged at the rear, he had the fastest car in the field, set the fastest lap and still moved up to 16th position from the tail of the field. Timo Scheider (AUTO BILD MOTORSPORT Audi RS 5 DTM) and Miguel Molina (Teufel Audi RS 5 DTM) finished 17th and 19th respectively.

“Congratulations to Edo (Mortara), who made a good start and drove a clean race,” said Dieter Gass, Head of DTM at Audi Sport. “Nico (Müller) and Adrien (Tambay) also impressed today. It was extremely irritating that Mattias (Ekström) was attacked very harshly again. He had the fastest car in the field today. To be pushed into a spin at the first corner and then for another driver to drive zig-zag against all the regulations just before the end of the race is not acceptable.”