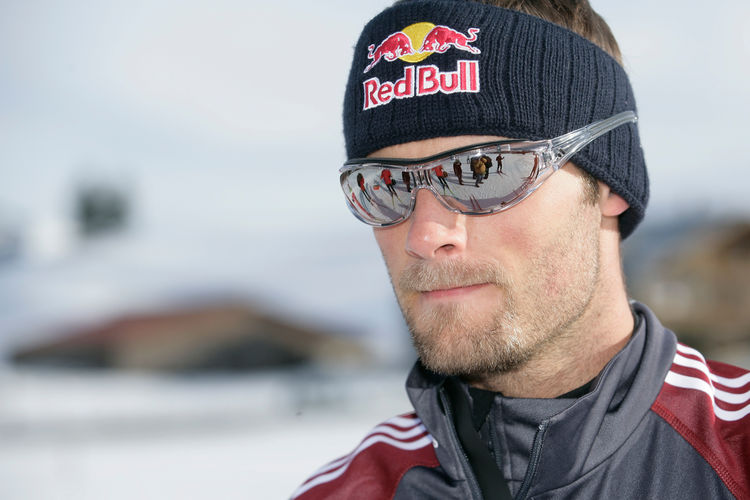 Exactly 183 days will have passed between the 2009 DTM finale and the 2010 season opener at the Hockenheimring (April 24) – this equates to just about half a year, which is an extremely long break for a sportsman. But as the example of Martin Tomczyk who is tackling his tenth DTM season in 2010 shows the winter season was anything but boring for the Audi “factory” drivers.

The six months since the DTM season finale on October 25, 2009 went by in a flash for the Bavarian who lives in Basel, Switzerland: testing, PR commitments, fitness training, a trip to icy Canada for a decathlon competition and a short vacation in the Maldives – the native of Rosenheim did not succumb to boredom.

As early as in the last week of November Tomczyk was again at the wheel of the Audi A4 DTM for an initial test at Monteblanco, Spain, that was primarily focused on testing new tires for the 2010 season. “This tire generation should make it easier to handle the tires and enable us to achieve even more consistent lap times, and it worked well right away,” he said.

One day after his 28th birthday on December 7, Martin Tomczyk presented himself surrounded by his colleagues at the 2009 Audi Sport Finale, the official end-of-season party of the racers in Ingolstadt. On December 19, fans in Leipzig had the opportunity to get into the mood for Christmas together with the Audi “factory” driver: at the Audi White Lounge he gave an autograph session the proceeds of which helped support a UNICEF campaign, among other things.

After the quiet holiday season Tomczyk embarked on a particularly extreme adventure. From January 11 to 19, he participated in a decathlon competition in Canada for the first time. “I was immediately taken with the natural scenery and the extreme conditions there,” said the sportsman, recounting a week of challenges galore. Whitehorse, the capital of the Yukon Territory, was the starting place of an arctic decathlon in which 20 athletes and celebrities competed. Snowshoeing, motorized sleigh races, a semi-marathon, spending the nights in tents: the participants were taken to the limits in every respect. On the first three days, Tomczyk clinched single victories in the car handling, uphill sled pulling and motorized sleigh riding disciplines. In the end, he finished third overall in the men’s standings.

At temperatures of 56 degrees centigrade below zero, the semi-marathon had to be postponed. It was only “warm” enough for the event when temperatures had risen to minus 34 degrees. Considering these air temperatures, a water temperature of 6 degrees seemed almost harmless. Still, covered by a merely 2-millimeter thick layer of neopren material, the ‘Polar Bear Swimming’ event proved to be a grueling test for the sportsmen and women. “It felt like nails penetrating your skin all over your body. It was almost impossible to swim.” The canoeing event on the other hand really thrilled the German: “That was such a great experience that I’m going to buy a canoe myself now.”

Two days after his return to Europe Tomczyk flew to the Maldives for a one-week vacation. The contrasts to Canada: “A nine-hour time difference in one direction became a four-hour difference in the other, and it was 75 degrees centigrade warmer on the islands in the Indian Ocean than in Canada!”

In the middle of February, a week of fitness training was on his agenda. Tomczyk does these units with his personal trainer Thomas Slepitschka two or three times a year. In Engelberg, Switzerland, the racer improved his fitness with cross-country skiing, gymnastics and body balance exercises. “On January 1 I started changing my diet. That was clearly a change for my body,” admits Tomczyk who now weighs six kilograms less than last year.

In the first week of March Martin Tomczyk climbed into a race car again for the first time. At Jerez, Spain, he tested the Audi A4 DTM for two days and also worked together with his new team colleagues Oliver Jarvis and Miguel Molina. Although the Rosenheim racer is only 28 years old, he will now contest as much as his tenth DTM season and still remembers his own early days very well. “Oliver knows what he wants. He understands his tasks and has no problems,” he praises. “And Miguel is one of the best rookies I can remember. He immediately felt comfortable and his input during our team meetings has been very helpful to all of us.”

While Tomczyk’s own season will start five weeks from now with the DTM presentation in Wiesbaden on April 18, there was another special sporting event marked on his calendar for March 10: at the MSV Arena, he watched the game of FCR Duisburg vs. FC Arsenal in the Women’s Soccer Champions League quarter-finals. Needless to say, he kept his fingers crossed for European Champion and top scorer Inka Grings and her team. At the decathlon competition in January Tomczyk had formed a team with Grings and taken sixth place in the mixed team standings.