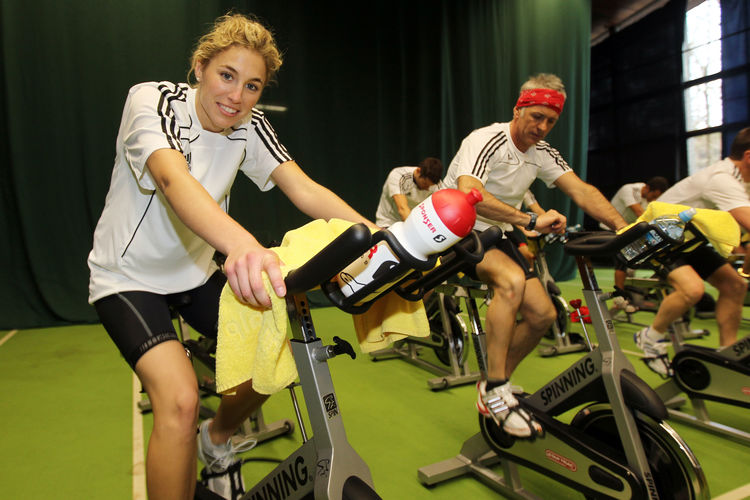 Rahel Frey realizes a dream: The Swiss was welcomed into the Audi factory team and contests all rounds of the 2011 DTM with Audi Sport Team Phoenix. The 25-year-old racing driver competes in a touring car championship for the first time in her life.

In her pleasant, honest and yet always modest way the young Swiss immediately wins the hearts of her male conversationalists: New, fresh, charming – and even slightly surprised herself about the Audi contract – Rahel Frey absorbs every aspect of her new environment.

Her path to motorsport is a result of family history. Her father drove karts and liked to have his children around him at the track. When the teenagers were big enough they wanted to see for themselves. Rahel competed against her brother and was immediately a little quicker. “Then I wanted more,” she says. From 1998 to 2003 she continued her career path in karts before subsequently switching to single-seater junior championships. In parallel, however, she also wanted to complete her education. In 2006 she sat her exams in economics at the sport high school in Bern – a qualification comparable to the school leaving certificate in Germany. “You could say I was forced into it: My mother was in favor of education, my father for sport,” remembers the Swiss. “Although I had 70 absences I still passed the leaving examination. It’s important to have a plan B in life.”

Unfortunately she was forced into using plan B already. One season as Volkswagen factory driver in the Formula 3 Cup in 2008 was followed by an impressive start to the 2009 season with a private team: One win and four podium finishes left no doubt about her abilities. Sadly, a bitter setback followed when a sponsor withdrew. The talented lady was left without a cockpit, so she helped out as sales adviser at her parents’ car dealership in Aedermannsdorf in canton Solothurn. A start for a Swiss GT team in the 24 Hours of Le Mans and a ‘wildcard’ entry in the Volkswagen Scirocco R-Cup increased public awareness of Rahel Frey last year. She was invited for a second time to participate in an Audi trial for a DTM cockpit – and impressed. “2007 was a very good trial for me as one of five girls. Audi chose Katherine (Legge),” says Frey. “Since then I’ve had time to develop my personality. I’m very happy that things didn’t work out for me initially back then. I now feel mature enough for this task. Who knows, perhaps 2007 would have been too early.”

In February she met the entire Audi driver line-up at the winter camp in Ofterschwang – including her new Team Boss Ernst Moser and team mate Martin Tomczyk. “The experience that Martin has is priceless,” says Rahel Frey delightedly. “It’ll certainly be a huge advantage for me to have him as team mate. I’ll try to learn as much as possible. The team has also been doing DTM for more than ten years. I can only benefit from this.”

The 25-year-old professional driver is cautious when asked about her first DTM season. “My goal is to establish myself,” explains Rahel Frey. “Obviously I’ll wait for the first proper test before I define any concrete goals. It’s only possible then to see exactly how we compare and I know where I want to be and how far I want to get.” This doesn’t change her single-mindedness: “Go fast and never give up” is her motto which is of particular relevance to her. “My objective was always twofold: I want to establish myself on the race track, but also wanted to get support from Switzerland, especially at the start of my career through sponsors from our country. So, it was a case of being as fast as possible and also to never give up even after a setback.”

In the new season Rahel Frey flies the flag for Switzerland in the DTM again more than five years after her fellow countrymen Alain Menu and Marcel Fässler. “I’ve known Alain and Marcel for some time. Both congratulated me on my promotion to the DTM,” rejoices the only lady in the Audi driver squad. She knows only too well that the association with Switzerland is just a side note, and that only driving ability counts in the cockpit. “I prefer a smooth driving style and up to now I have always had an advantage over the distance in my races. Obviously, qualifying is absolutely crucial in the DTM. I’ll have to develop a healthy dose of aggressiveness for this. And for this I’ll have to be able to assess the car on the limit, which I can only understand better during the tests. It certainly won’t be easy.”