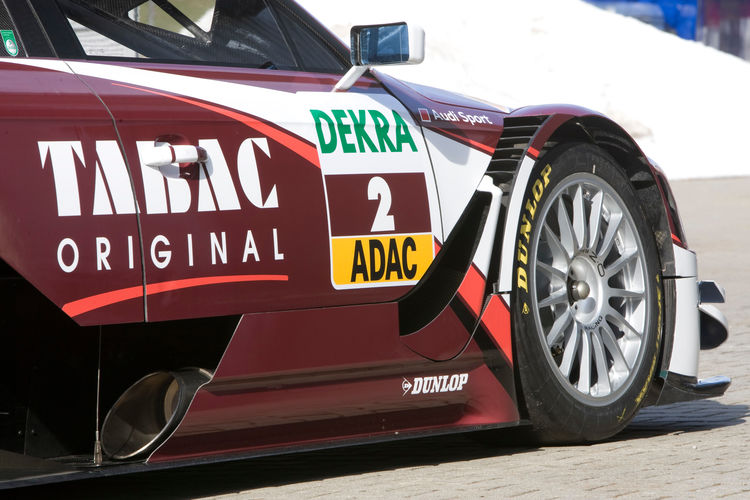 The 2010 DTM season that will start at the Hockenheimring on April 25, 2010 is marked by maximum efficiency: Audi will compete with the known model generations of the Audi A4 DTM and is expecting a potential to reduce the fielding cost by more than 30 percent without the sport losing any of its attractiveness to fans, media, drivers and teams. The freeze on the technical development of all DTM vehicles has enabled this step.

The Audi A4 DTM R14 model from the 2008 season and its evolution, the R14 plus from 2009, have remained unbeaten so far: Timo Scheider won two consecutive titles in the two most recent model generations. Audi will compete with the same vehicles again in the 2010 season because a progressive moratorium on developments that was decided in August 2009 has precluded the design changes which are typically made in motorsport from year to year.

This is not the first time for the most popular international touring car race series to set standards in this regard: DTM history saw its first major freeze on developments to relieve budgets as early as in 2006. Currently, the development has been drastically limited in three phases: since August 17, 2009 – the Monday after the race at the Nürburgring – no changes to aerodynamics and the vehicle’s entire mechanical system except for the dampers have been allowed. Neither have any modifications to the engines that were sealed for the whole 2009 racing season been permitted since then. Since March 1, 2010 the damper specifications have been prescribed by the regulations as well.

From the phase up to the development freeze, three different configurations are now available in the area of aerodynamics which may be used depending on the track requirements. The other work during the winter was primarily focused on optimizing the use of the Dunlop tires.

To enable full compliance checks, each manufacturer has deposited all of its parts in a discrete sealed container provided by the German Motorsport Federation (DMSB), which is present at each venue and contains the reference parts. The designs in the form of CAD data records have been deposited with the DMSB as well.

Consequently, there will be no preparation of – typically four – new race vehicles for the new season, nor the usual continuation of development activities to improve performance capabilities. This has resulted in significant development cost reductions. Mattias Ekström, Martin Tomczyk, Markus Winkelhock and Alexandre Prémat will continue to drive their race cars from 2009. Oliver Jarvis will take over Tom Kristensen’s vehicle. Mike Rockenfeller will take the wheel of the car previously driven by Oliver Jarvis. DTM rookie Miguel Molina has received the A4 driven by Katherine Legge last year, while the Briton will drive Mike Rockenfeller’s previous car. Only title defender Timo Scheider has received an A4 DTM (chassis number R14-606) which has not been used in any races before.

When the Audi “factory” drivers hit the track at Valencia, Spain, from Wednesday to Saturday next week for the official DTM tests, the technical equation for set-up work will contain many known quantities for the first time. Nevertheless, the individual work of hunting for tenths and hundredths of a second will start from scratch again for every driver and all engineers – particularly since the circuit at Valencia is new territory for the DTM.