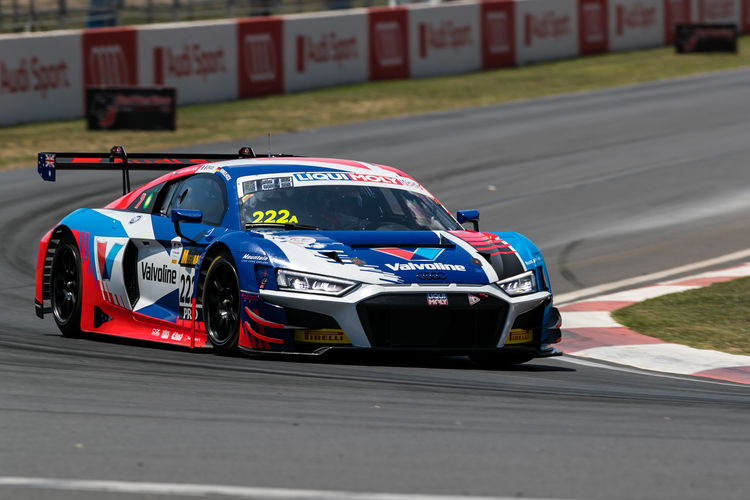 At the incredibly thrilling season-opening round of the Intercontinental GT Challenge (IGTC), Audi Sport fell short of its own expectations. After racing cars from seven different manufacturers had qualified in the top ten, Audi headed into the Bathurst 12-hour race feeling optimistic. However, setbacks hampered all three of Audi Sport Team Valvoline’s racing cars. The best result for the Audi R8 LMS was achieved by the Australian customer team Hallmarc, claiming third place in its class.

Rarely has the Bathurst 12 Hour event been so dramatic: After several leader changes, ultimately four different marques finished in the top ten. “We had what it takes to be amongst the frontrunners,” said Chris Reinke, Head of Audi Sport customer racing. “Kelvin van der Linde’s fastest race lap showed that we had the pace. But we paid a high price for small mistakes.” Garth Tander was the first casualty. The experienced Australian and multiple-winner at Mount Panorama contested his fifth race for Audi Sport. He shared the cockpit of the No. 22 car with the Audi Sport drivers Mirko Bortolotti and Christopher Mies. In lap 62, Tander was following close behind Dries Vanthoor in the No. 2 Audi. When the Belgian veered from the racing line, Tander swerved to avoid him, left the track and hit the wall. The Australian was uninjured, but the Audi was too badly damaged to continue.

Dries Vanthoor and his Audi Sport teammates Frédéric Vervisch and Christopher Haase had charged from 14th on the grid to seventh place when a rev sensor malfunctioned shortly before the halfway mark. After lengthy repairs, the team decided against sending the Audi R8 LMS back into the race. From then on, all hopes were on the No. 222 entry and the three Audi Sport drivers Mattia Drudi, Kelvin van der Linde and Markus Winkelhock. Van der Linde had posted the best qualifying result for Audi Sport with seventh. Subject to the pit stop sequence, the three drivers even battled for the lead, with van der Linde turning the fastest race lap in the final hour. A puncture halfway through the race caused damage to the right rear wheel arch, which resulted in another puncture. This cost five laps, including repairs. Ultimately, the driver trio saw the flag in 18th place. Meanwhile, an Audi Sport customer team scored a podium spot in its class. Marc Cini, Dean Fiore and Lee Holdsworth, who celebrated his 37th birthday on race day, brought home third place in the Pro-Am class for the Hallmarc squad, a repeat of the 2017 and 2019 results. This was the fourth time on the podium for the long-standing Audi customer Marc Cini. In 2015, the Australian had claimed third place in the Am-class. “Congratulations to our three private drivers and the Melbourne Performance Centre on another success,” said Chris Reinke. “While our customers enjoyed success at their home race, it is now up to us to make up ground in the remaining four races on the Intercontinental GT Challenge calendar.”

Audi has already won five titles in the only global GT3 racing series. Round two, the Spa 24 Hours, is scheduled for the end of July. Prior to this, however, Audi Sport customer racing faces the challenge of the biggest car race in the world. After notching up the fifth victory last year, the brand is once again one of the hot favorites at the Nürburgring 24 hours from 21 to 24 May.