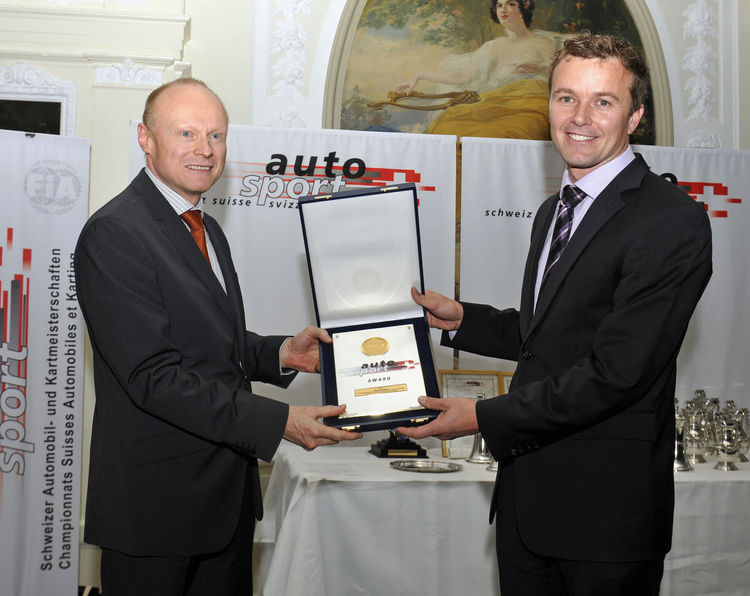 As part of its factory commitments, Audi in 2011 won the Le Mans 24 Hours, the DTM and the Spa 24 Hours while Audi’s private customer teams clinched six international titles with the R8 LMS. Yet the list of honors goes far beyond this: off the race tracks Audi received high recognition in motorsport as well.

A glorious list of accolades: Between March and December, as many as 14 prizes and awards were presented to Audi Sport, its employees, current and former race drivers plus the brand’s service providers. “We’re very happy about these honors,” emphasizes Head of Audi Motorsport Dr. Wolfgang Ullrich. “A highly motivated team at the Ingolstadt and Neckarsulm locations, together with the brand’s drivers, can celebrate this form of recognition. Audi’s service providers have contributed to the brand’s positive image as well. This year, Audi was not only the most successful marque at Le Mans and in the DTM. Our employees, drivers and partners as well have been recognized as highly likeable and competent ambassadors of the brand who have demonstrated fairness in the sport. It’s a great feeling to work with such a strong squad.”

As early as in March the V10 TDI engine of the Audi R15 TDI received a high-caliber award. The engine of the 2010 Le Mans winning sports car was voted “Global Motorsport Race Engine of the Year” by 50 international motorsport experts of a specialized British publishing house. Another accolade in the field of engineering went to an employee of Audi Sport. Axel Löffler, who as Head of Design Chassis/Bodywork/Aerodynamics played a key role in the concept development of the Le Mans winning Audi R18 TDI, was recognized as one of several “Rising Stars of the European Auto Industry” by Automotive News Europe in June.

Audi’s race drivers received further recognition. In April, the Governor of the province of Vorarlberg, Herbert Sausgruber, presented Timo Scheider with the Austrian Medal of Honor (“Bundesehrenzeichen”). He thanked the Audi factory driver for his long-standing support of underprivileged children and families. Timo Bernhard, the 2010 Le Mans winner, received the Honor Award in the sports category by the Lord Mayor of Homburg, Karlheinz Schöner, in May. In July, the former Audi factory driver and two-time World Rally Champion Walter Röhrl received the Bavarian Sports Award for his lifetime achievements. Martin Tomczyk was recognized with as many as three accolades after his DTM title win: A panel of judges had voted him “ADAC Motorsportsman of the Year” for as much as the second time. In December, he received the “Golden Race Driver’s Shoe” for his 2011 DTM title by Auto Bild Motorsport magazine. In addition, its readers voted him the winner in the touring and sports car category.

The brand’s presence that directly addressed the general public received high recognition as well. Lothar Korn, Head of Marketing Communications, received the award for the best advertising campaign in the form of an Auto Trophy as a result of a readers’ voting of the car publication Auto Zeitung for the “Lightweight Speed” visual. Using the Audi R8 LMS as an example, Audi advertised the brand’s ultra lightweight technology. And, last but not least, the film “13,854 seconds,” which captured the 2011 Le Mans 24 Hours, received “gold” in November at the ITVA Awards in Potsdam as well as at the Cannes Corporate Media & TV Awards.