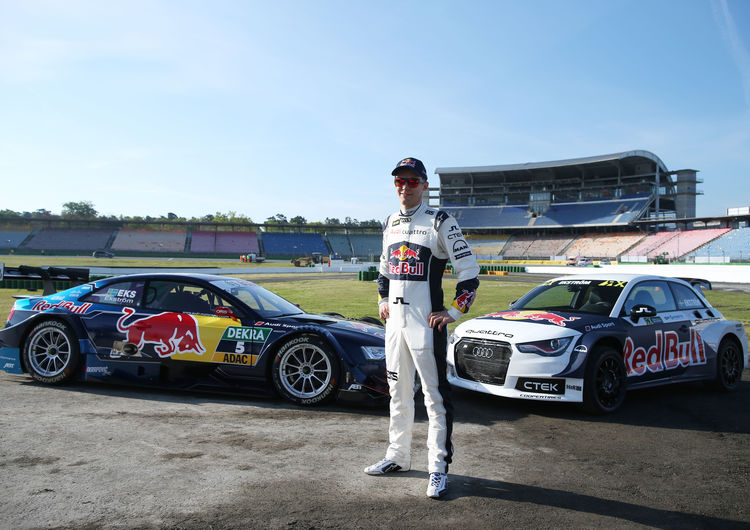 Audi factory driver Mattias Ekström is going to battle for the title in the World Rallycross Championship (WorldRX) at the Estering in Buxtehude. At the same time, Audi Sport will be giving René Rast another opportunity in the DTM. Following his strong debut in the race at Zandvoort, the 29-year-old German will contest the DTM finale at the Hockenheimring as well.

“There are two hearts beating in my chest,” says Dieter Gass, Head of DTM at Audi Sport. “Obviously, it’s not easy to do without one of our best drivers in the DTM finale at Hockenheim of all events. But Mattias (Ekström) has the chance of winning the world championship title in rallycross in an Audi.” That is why Audi Sport has released him for the WorldRX round at the Estering, so supporting him in the race for the world championship title. His DTM cockpit at Hockenheim will be taken over by René Rast. On making his surprise DTM debut, the Audi factory driver left a strong impression. “I’m very excited to see how he’s going to fare with a little more time to prepare,” Gass adds.

With 21 victories and two championship titles under his belt, Mattias Ekström is the most successful Audi DTM driver in history. Three years ago, alongside his DTM commitment, he formed his own privateer rallycross team, EKS. In the Audi S1 EKS RX quattro, he may now be about to clinch the first ever world championship title in his career. Before the last three rounds, the Swede is leading the World Rallycross Championship with a ten-point advantage.

René Rast has been an Audi factory driver since December 2014, demonstrating his versatility at the wheel of various Audi race cars ever since. His track record includes victories with the Audi R8 LMS in the 24-hour races at the Nürburgring and at Spa, the 2014 ADAC GT Masters title win, strong performances at the wheel of the Audi R18 in the Le Mans 24 Hours and a victorious stint as a guest in the Audi Sport TT Cup. At Zandvoort, in July, he stood in for the injured Adrien Tambay. In the Formula E electric racing series held around the globe, Rast celebrated his debut this year as well.