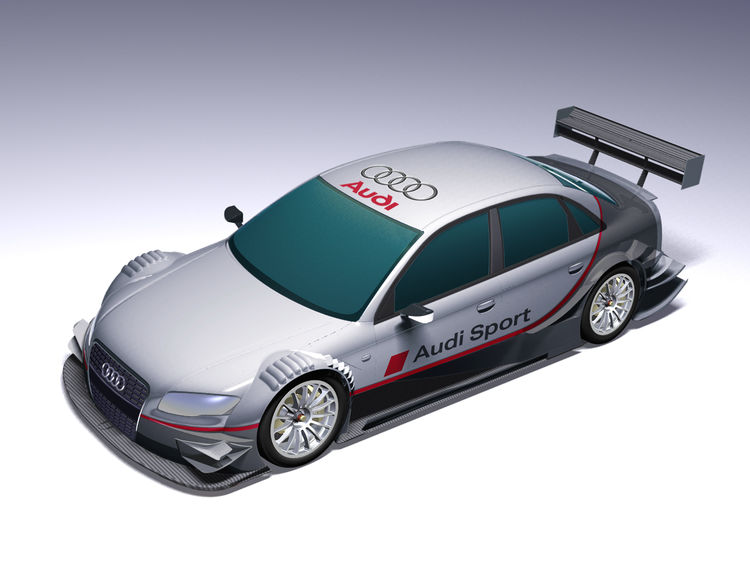 After the successful DTM comeback was crowned by winning the Drivers’, Manufacturers’ and Teams’ Championships, AUDI AG strengthens their works involvement in Europe’s most popular touring car series. The new Audi A4, the entry of eight instead of six cars and a newly formed driver squad should allow the title defence during the 2005 season.

Based on the new Audi A4, a new DTM car, in which the knowledge gleaned from the debut year in 2004 pour, is being developed at Audi Sport. With its prominent single-frame radiator grille and the new bodywork shape, the Audi A4 DTM 2005 will distinguish itself optically from the championship car. In total four new A4 DTM cars, driven by Mattias Ekström, Tom Kristensen, Martin Tomczyk and Allan McNish, will race. Christian Abt, Rinaldo Capello, Pierre Kaffer and Frank Stippler compete with the successful cars from the 2004 season.

In parallel to the works DTM entry, Audi Sport develops a new prototype-sportscar as successor to the Audi R8 for 2006. The R8 starts its sixth and final season in 2005. Audi supports the corresponding involvement of the Importer Teams with its works drivers. In 2005 they are Frank Biela (Germany), Emanuele Pirro (Italy) and Marco Werner (Germany). For the Le Mans 24 Hours, additional drivers from the DTM squad will be made available.

In addition to a new engine configuration, the Audi A4 STCC also receives the new A4 single-frame radiator grille for the 2005 season. The two-litre touring cars will continue to compete in the Swedish Touring Car Championship. An expansion of activities in Scandinavia is at the planning stage.

"The successful defence of the DTM title with the new A4 takes priority for us,” explains Audi Motorsport Head Dr Wolfgang Ullrich. "That’s why we are pushing ahead on the technical side and have formed a potent international driver team. At the same time however, we want to put the Audi R8 out to pasture after a successful last season.”