Skip to content
We are using cookies for a better user experience.
03/18/19
Neuburg a. d. Donau
Sport 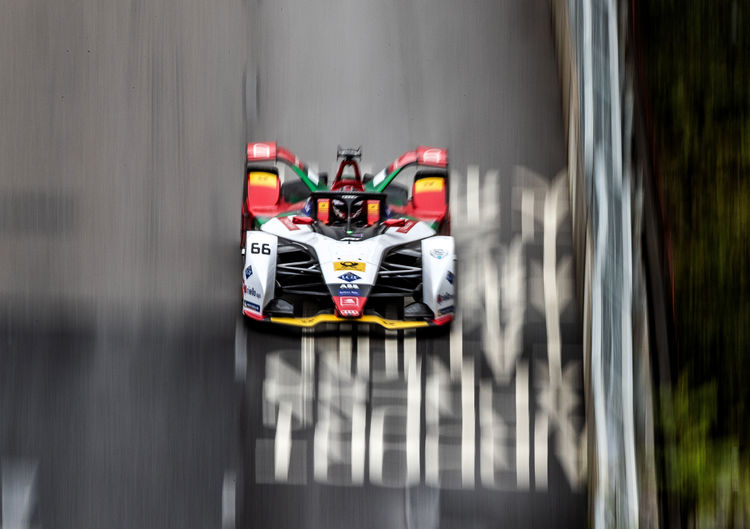 Formula E is more thrilling than ever before: With five different winners in the first five races, the top four drivers in the overall classification are separated by just three points, and Lucas di Grassi is right in the middle of the mix in third position. On Saturday, March 23, the series will race for the first time at the Chinese tourist resort Sanya.

Five thrilling races only decided in the last metres of the races, five different winners and a tight battle at the top of the standings: The current Formula E season has so far surpassed all expectations. The next round is already coming up on Saturday this week: With a victory in Mexico and a runner-up finish in the most recent race in Hong Kong, Lucas di Grassi is aiming for the top spot in Sanya. Only two points separate the Brazilian from the championship leader Sam Bird.

Lucas di Grassi is now among the front runners again, thanks to his 29th podium at the event in Hong Kong. “That Daniel (Abt) and I are now in contention for trophies and victories is the result of the hard work done by the whole team. This is what distinguishes our squad: we show our real strength when the conditions are tough and the pressure is high,” says di Grassi. “We’ve now been on the podium three times in a row and will give our all to continue this string of success in Sanya. This season, the championship is more closely fought than ever before.”

In 2019, his teammate, Daniel Abt, already stood on the podium in Santiago de Chile and he is just one of two drivers in the field to have scored points in every race so far. This is also reflected in the teams’ classification, wherein Audi Sport ABT Schaeffler is currently second in the championship and is within striking distance after five of thirteen races.

“It obviously feels good to be in contention in both championships,” says Team Principal Allan McNish. “But the championship positions are only really relevant after the last race, so we are only focusing on the next race. Sanya is a new track for all of the teams and drivers, so proper preparation is all the more important.” Although a short vacation in Asia between the rounds in Hong Kong and Sanya would have suggested itself, Daniel Abt and Lucas di Grassi traveled back to prepare themselves in the simulator.

On visiting Sanya, Formula E returns to the Chinese mainland. Previously, in the first two seasons, Beijing hosted a race before the Hong Kong Special Administrative Region took over the Asian venue on the calendar. Sanya, located in Hainan, the southernmost province of the People’s Republic of China, is a popular place for holidaymakers: Some 18 million tourists visit the region every year. The 2.236-kilometer circuit, with three narrow hairpin turns, promises another thrilling race with many overtaking maneuvers. The race close to the waterfront is eagerly awaited. “A race in the middle of a tourist resort with white sandy beaches – Formula E keeps coming up with exceptional locations,” says Abt. “It’s great to have another race on the Chinese mainland, because we’ve always received a warm and enthusiastic welcome there.”

Besides the Audi Sport ABT Schaeffler factory team, the Envision Virgin Racing customer team with Sam Bird and Robin Frijns races with the e-tron FE05 that has been jointly developed by Audi and technology partner Schaeffler. The British team is currently leading the championship in both the drivers’ and teams’ classifications.

The sixth round of this Formula E season in Sanya starts on Saturday at 3 PM local time (8 AM CET) and, as usual, lasts for 45 minutes plus one lap. Eurosport will air live coverage from China. All international channels, including broadcast schedules, can be found online at www.fiaformulae.com.