Audi R8 LMS stronger than ever in Asia 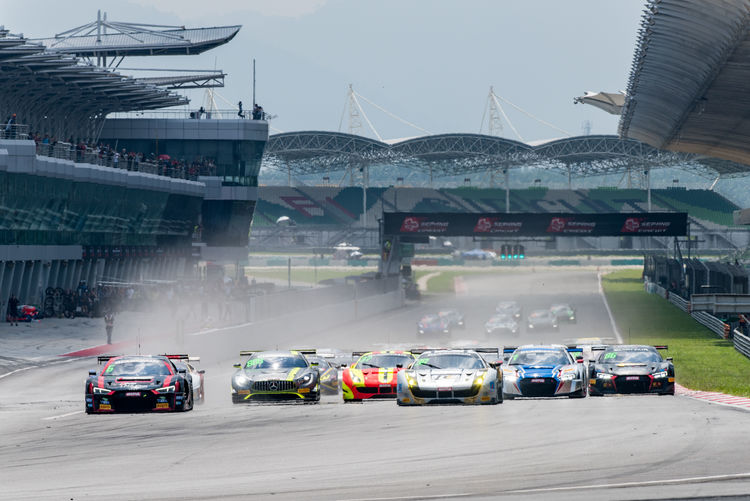 The Audi R8 LMS Cup will start its sixth season in Sepang (Malaysia) on the weekend from May 5–7. It has established itself as one of the leading motorsport platforms for young talents in Asia. The Cup is even more attractive this year: thanks to an agreement with the Blancpain GT Series Asia, Audi’s customer teams are able to compete in two different series under profitable conditions.

There is a diverse grid for the one-make cup: from professionals like former Formula 1 drivers Will Stevens from Great Britain and Alex Yoong from Malaysia, to ambitious junior talents and local gentleman drivers. The amateurs in particular are the backbone of the Audi customer racing program and therefore will enjoy special support this year. The organizers will reimburse the winner of the amateur rankings with the total of their tire budget at the end of the season. In addition, the amateurs will receive privileges in every race. For example, the “Push-to-Pass” technology will return for the 2017 season, which will release additional power from the V10 engine for a limited time, thus facilitating overtaking. The amateurs are allowed to use this function twice as often as the pros. Interested parties can compete with their own teams in the Audi R8 LMS Cup or make use of the turnkey application concepts from the four service providers, Absolute Racing, Phoenix Racing Asia, KC Motorgroup (KCMG) and Team WRT.

While the first race of the Audi R8 LMS Cup is imminent, the Blancpain GT Series Asia season has already started for Audi in April – and very well too: the Australian-Indian driver duo Mitchell Gilbert/Aditya Patel from the OD Racing Team celebrated a historic first victory with an Audi R8 LMS at Sepang in the new racing series. After second place in the second race, the two drivers now lead the table in front of Marchy Lee/Shaun Thong, who are competing for Audi Hong Kong in the R8 LMS. The squads from Milestone Racing, Team Audi R8 LMS Cup, Team WRT and KCMG are also lining up with four additional Audi R8 LMS cars.

But not only these two championships offer the Audi customer teams exciting applications in Asia. The Super GT series is the most prestigious program of events in Japan. With the Audi Team Hitotsuyama and the Taisan Sard team, two teams with an Audi R8 LMS each will face tough competition with 28 other competitors in the GT300 class.

A still young field of action for the Audi GT3 sports car is the China GT Championship, which is about to hold its second year. For this, Phoenix Racing Asia prepares two Audi R8 LMS, whilst customer teams 300+, JRM, Kings Racing, Linky Racing and Shan Xi Tian Shi Racing will line up with additional Audi GT3 sports cars. Additional clubsport platforms in Japan, China and Taiwan open up further opportunities for Audi customers. In Thailand, the team B-Quik Racing is presenting the Audi R8 LMS for the first time in the Thailand Super Series. The FIA GT World Cup will take place from November 16–19 in Macau. Here, Audi is the defending champion.

In addition to the Audi R8 LMS, the new Audi RS 3 LMS is now available for customers in Asian racing. In the TCR Asia Series, Jasper Thong from Hong Kong has already recorded the first victory for Audi Hong Kong in this model at the Zhuhai race in April.