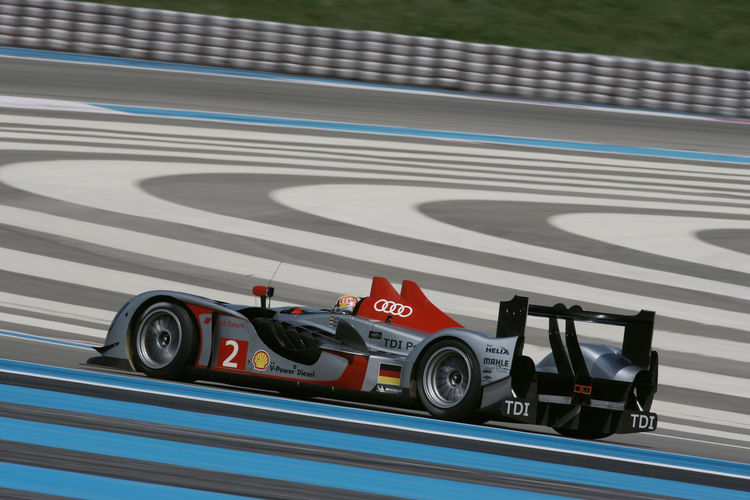 To further prepare for the 2010 24 Hours of Le Mans, Audi Sport is planning an additional racing commitment with the Audi R15 TDI that has undergone additional development. For April 11, the participation in the 8-hour race at Le Castellet in southern France is planned for testing purposes.

Originally, the diesel racing sports car that is internally designated as “R15 plus” was to make its racing debut at the 1000-kilometer race at Spa-Francorchamps. The Belgian endurance classic continues to be on Audi Sport Team Joest’s race schedule as the final dress rehearsal for Le Mans. However, to complement these plans, Audi Sport also wants to use the season opener of the 2010 Le Mans Series (LMS) on the high-speed circuit at Le Castellet to test the “R15 plus” in racing conditions.

“We’re on schedule with the additional developments we’re making on the R15 TDI and so this race should be possible,” says Head of Audi-Motorsport Dr. Wolfgang Ullrich. “Le Castellet is a race track that lends itself pretty well to testing for Le Mans, and we’ve frequently used this circuit for our Le Mans preparation. The 8-hour race distance makes the race of further interest to us.”

Purely for logistical reasons, Audi Sport Team Joest has registered for the 2010 Le Mans Series. “But this should not at all be interpreted to mean that we will be contesting all five LMS races,” said Dr. Ullrich. “At the moment, we are only planning to race at Le Castellet, Spa-Francorchamps and Silverstone.”

The 1000-kilometer race at Silverstone (Great Britain) on September 12 will mark the finale of the 2010 Le Mans Series and simultaneously kicks off the Le Mans Intercontinental Cup, which Audi Sport Team Joest will tackle with two R15 TDI cars.