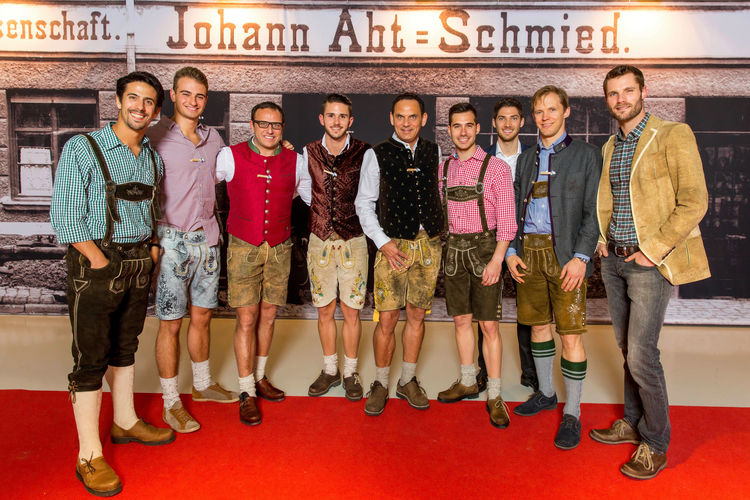 With a large number of guests in attendance, Hans-Jürgen Abt and his team celebrated the 120th anniversary of the family-owned business.

Founded in 1896 as a smithy and farrier’s shop in Kempten, it is the world’s leading tuner for cars of the Volkswagen Group and an internationally successful motorsport team today: with more than 400 guests from sports, business and show business in attendance, ABT Sportsline celebrated its special anniversary on Friday night. Among the guests were DTM drivers Mattias Ekström, Miguel Molina, Edoardo Mortara, Nico Müller and ex-Audi driver Martin Tomczyk, plus Formula E driver Lucas di Grassi. Representatives of the world of politics included Federal Minister for Economic Cooperation and Development Gerd Müller. ABT Sportsline has been a partner of Audi Sport for many years and has clinched five drivers’ titles and 46 race wins in the DTM to date.

Racing version of the Audi TTS in a test

The racing version of the Audi TTS known from the Audi Sport TT Cup will be subjected to a special performance test. On February 29, the compact sports car will be taking the so-called “Balance-of-Performance” test on the race track at Le Castellet in southern France. The international racing promotor “SRO” is comparing the performance capability of the front-wheel drive coupe with various competitors from production-based GT4 racing. Audi has already received customer inquiries about the fielding opportunities for the new model that, so far, has been exclusively reserved to the Audi Sport TT Cup. Audi Sport customer racing is now exploring alternatives and thus an extension of its customer sport activities.

Audi driver Christopher Haase and three-time Le Mans winner Dindo Capello accompanied the presentation of the new Audi R8* in Australia. In Brisbane, Sydney, Melbourne, and at the Sydney Motorsport Park and Bathurst race tracks, dealers, customers and invited members of the media got to know the most recent generation of the high-performance sports car. The two professional race drivers explained the potential of the Audi R8, talked about their careers, and impressed the guests with taxi rides in the production model and the Audi R8 LMS race car.

Audi Sport legend Tom Kristensen proved his fitness once more. Under palm trees, the 48-year-old Dane contested a half marathon in the U.S. state of Florida. In Fort Lauderdale north of Miami, the nine-time Le Mans winner achieved 15th place among 274 entrants in his age group in the A1A marathon, setting a good example in the process: Kristensen has been signed by Audi Sport to assist the Audi factory drivers with their fitness programs in racing.

The three-time Le Mans winner is intensively preparing for the new year.

With nine races, the 2016 season will be even more intensive than before. How have you been preparing?

With plenty of training! Even before our teambuilding activities in Lanzarote, I spent a week there riding my bicycle. Since January, I’ve completed 1,000 kilometers of training on two wheels. And currently, I’m spending my personal fitness week in Seefeld. Cross-country units of 20 to 35 kilometers, workouts on a rowing machine and an exercise bike, plus coordination tests, concentration exercises and yoga – my program is filled to the brim. I complete such training modules in Seefeld four to five times a year. Plus, at the end of the week, I visited the Audi driving experience here.

You attended a number of social events as well ...

I had a great time. In January, I attended the Audi Night in Kitzbühel, in February, Mattias Ekström and I were at the opening of the Berlinale. Numerous stars were guests at both of these events. Actor Daniel Brühl has a great interest in our motorsport programs. Following the Berlinale opening, he invited us to his tapas bar where we also met actor Clive Owen. It was nice seeing something different for a change.

You’re competing in the new Audi R18 in the FIA World Endurance Championship (WEC) together with Benoît Tréluyer and Marcel Fässler. What are your expectations for the 2016 season?

I think that the three LMP1 manufacturers, Audi, Porsche and Toyota, will be fighting a really fierce battle this year. All have the prerequisites for success. We’ve completed initial tests with the Audi R18 and seen its potential at an early stage. At the moment, we’re working on understanding the car well enough to be able to use its potential as quickly as possible. After all, we’re determined to be in contention for victories at Le Mans and in the FIA WEC right from the beginning.