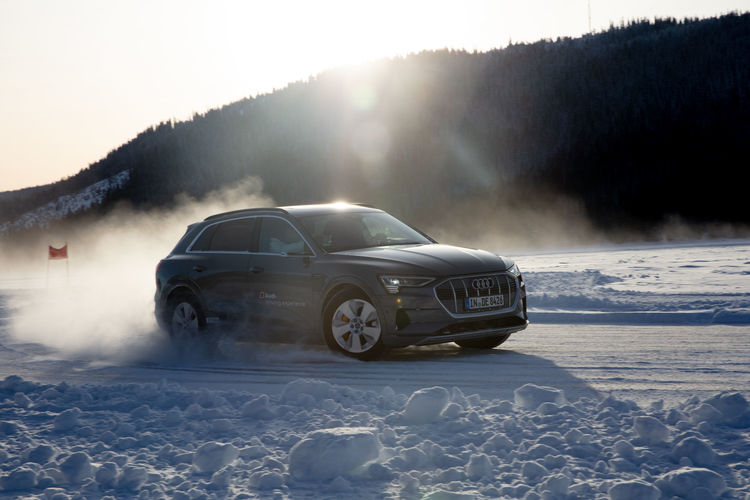 Audi is the main sponsor of the 45th Alpine Ski World Cup in the Swedish resort of Åre. At the championships taking place from 4 to 17 February 2019, a 20-vehicle Audi e-tron will be available. As the main sponsor of the Audi FIS Alpine Ski World Cup for many years now, Audi is consolidating its brand presence in the category of top-class winter sports. Beyond mere brand visibility, with a test drive or a visit to the Audi Lounge, skiers and spectators can engage with the Audi brand on a personal level.

Audi has been actively involved in skiing for decades. The 2018/2019 season marks the brand's 17th year as title sponsor of the Audi FIS Alpine Ski World Cup The Ingolstadt-based luxury car manufacturer is also the main sponsor of the 45thFIS Alpine World Ski Championships. Previously held in Åre in 1954 and 2007, this year marks the third time the highlight of the season, the Ski World Cup, will take place in the Swedish resort with top skiers set to ‘inspire the world to ski’.

All eyes will be on the new Audi-e-tron at ski competitions this season. Following the World Cup kick-off in Sölden, the Four Hills Tournament and the legendary Hahnenkamm Race in Kitzbühel, the vehicle will be a feature at all competitions.

But Audi's presence in Sweden is about more than mere brand visibility – the manufacturer is making a fleet of 20 Audi e-tron vehicles available at a world championship event while also supplying 33 Audi e-tron vehicles to the organising committee. Audi's e-tron Power Storage charging station, which was specially developed for the World Ski Championships in Åre, uses a 250kW grid connection and supplies the charging infrastructure with a maximum power of 500kW. In the Audi charging park, 6x 50kW and a maximum of 20x 11kW are charged. The missing energy is provided by a 720kWh battery storage consisting of original e-tron vehicle batteries. Spectators and skiers can also get a feel for the new Audi e-tron as part of a driving experience on the spectacular terrain bordering the nearby Åresjön lake – making the most of the time between competitions.

In Åre, skiers will take part in alpine ski disciplines including downhill ski, super-G, slalom, giant slalom and super combination as well as a team contest to compete for the world championship titles. Not only can stars like the Austrian Marcel Hirscher or the US skier Mikaela Shiffrin enjoy comfortable on-site transport courtesy of the e-tron shuttle fleet, they can also relax in the Audi Lounge after each of their final races. The winners will be honoured once again at a champions’ reception held at the Bombom restaurant and hosted by Marco Büchel.

For over 30 years, Audi has been the main sponsor of the German Ski Association (DSV), supporting all of the national teams. The premium brand also sponsors many other slpine national teams and acts as a partner at selected winter sports events. Some teams train regularly in the Audi Wind Tunnel Centre in Ingolstadt and take part in an Audi driving experience in the snow or in the Audi Driving Experience Center in the town of Neuburg, situated along the Danube.