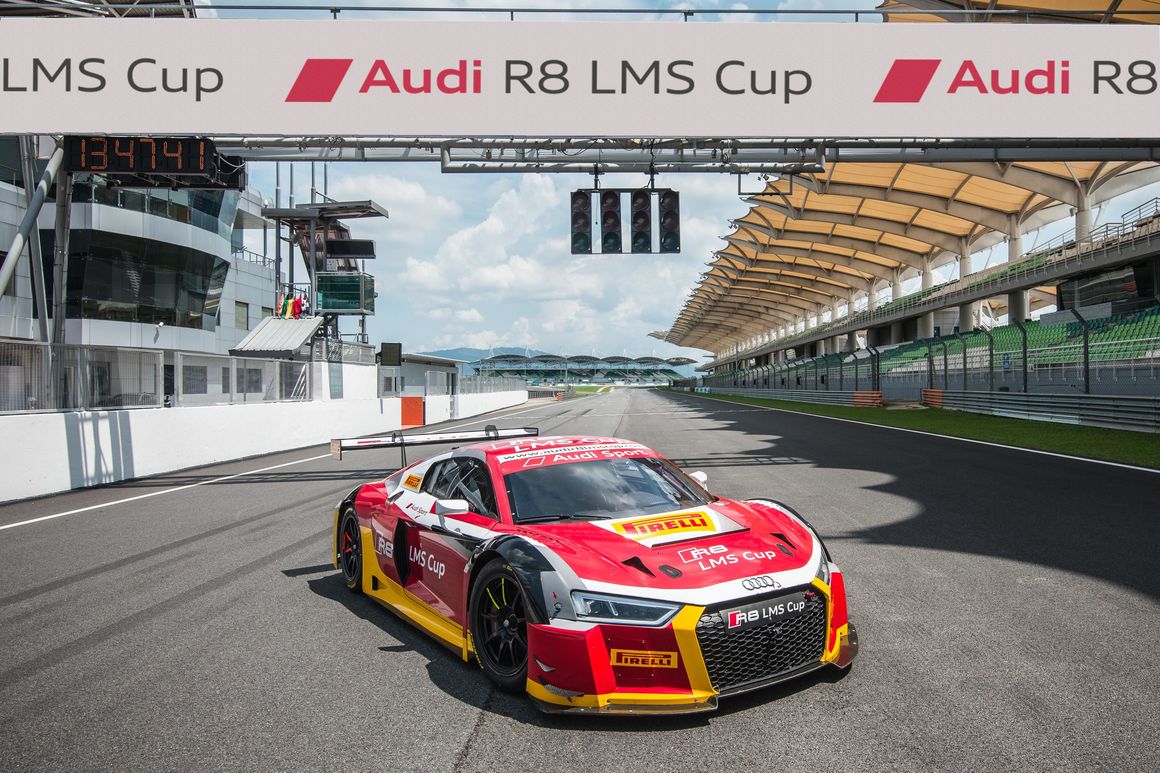 Audi has reached its next milestone in international GT3 racing: In the 2016 season, Stephan Winkelmann, Managing Director of Audi Sport GmbH, handed over the 200th edition of the Audi R8 LMS to a customer team. Since Audi launched the program in 2009, the GT3 sports car with the four rings has been in high demand around the world. The latest generation of the Audi R8 LMS, which sets the benchmark in aerodynamics, lightweight construction, safety and customer friendly service, will also compete in all the important GT3 racing series in North America, Asia, Australia and Europe in 2017.

Its track record goes from strength to strength: the Audi R8 LMS is not only one of the most sought-after GT3 racing cars in the world, but also one of the most successful. Up until now, 36 overall championship titles plus the 2016 FIA GT World Cup title, 34 titles in team rankings and other classes as well as a total of nine 24-hour race victories make up its roll of honor. “There is no doubt about the sporting qualities of our Audi R8 LMS,” says Stephan Winkelmann. “The number of customers is growing around the world, both on the professional level and in the amateur field. More and more drivers and teams now belong to the Audi Sport family. We are particularly pleased with this because the competitive landscape is tougher than ever before.”

A double-digit number of sports car manufacturers with fascinating GT models come together at the most important endurance races in the world, such as the Spa 24 Hours. As one of the few motorsport categories in the world, this class continues to produce emotion and wide-spread appeal among the public and the media.

In 2017, the four rings will once again be represented by strong customers in all the important series. The Audi R8 LMS will compete in both the IMSA WeatherTech SportsCar Championship and the Pirelli World Challenge in North America. Audi will line up as the defending champion
in the pan-European Blancpain GT Series Sprint Cup and the ADAC GT Masters. In Europe, the racing car will be put to use in the professional and amateur fields from the UK to Germany to Italy. In Asia, the Audi R8 LMS Cup begins its sixth season with plenty of fresh ideas, while alongside the Asian Le Mans Series and the Asian Le Mans Sprint Cup, a new Asia-wide Blancpain GT Series Asia, has emerged as a new field of action for customer racing. In Japan, the Super GT series traditionally provides a strong platform for customers and importers. In addition, there is a growing number of racing series for Clubsport enthusiasts, a field in which many Audi customers take part.

Meanwhile in Australia, there are now three national GT series as well as further championships organized by individual states. Up to seven Audi R8 LMS cars are expected in the national sprint series, at least four in the endurance series and up to eight in the trophy series for older model years. Audi will also be regularly on display in New Zealand.

Among the highlights of the 2017 season will be the Nürburgring 24 Hours and the Intercontinental GT Challenge races in Australia, Belgium, California and Malaysia, where Audi will be the title defender. In the street race in Macau last year, Audi won the FIA GT World Cup and will fight again this year for the coveted trophy. The Audi R8 LMS has become so strongly present worldwide that Audi Sport customer racing teams now contest more than 300 individual race events between January and December around the globe.