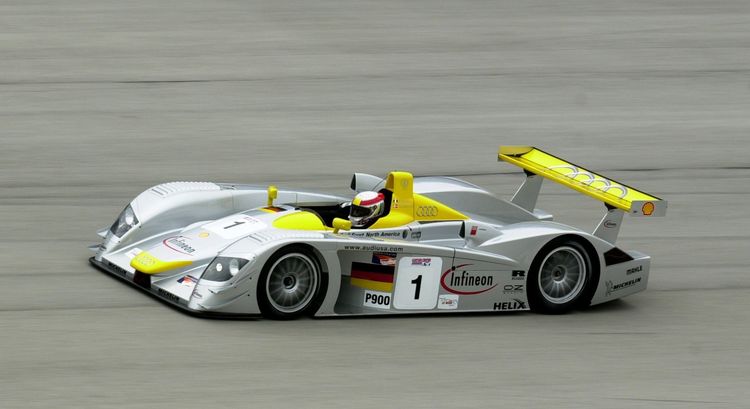 When the season-opening round of the American Le Mans Series (ALMS) at the Texas Motorsport Speedway kicks off the new motorsport year for Audi on 4 March, the squad faces a tough challenge which is to defend the Le Mans and ALMS titles. In the first round, the teams Frank Biela / Emanuele Pirro and Rinaldo Capello / Tom Kristensen will go for points. “We will not rest on our successes and will give everything to defend our titles”, says Dr Wolfgang Ullrich, Head of Audi Sport.

With the new season, last year’s best sportscar which scored a triple success at Le Mans and clinched all ALMS titles, receives a new name. Due to the intensified partnership with hi-tech specialist Infineon Technologies AG, with immediate effect the racing sportscar is now dubbed the "Infineon Audi R8".

Two further developed cars, featuring several technical modifications under the unchanged body, will compete at Texas. “Standing still in motorsport means taking a step backwards”, declares Dr Wolfgang Ullrich. “Therefore we’ve improved many important details on the R8.” In the pre-practice at Le Mans on 6 May, the 2001 spec will be completed with optimized aerodynamics.

In the 2001 season, the two Infineon Audi R8s will compete with the start numbers one and two. “You can only earn the start number of the title defender by working extremely hard and so we are proud to be carrying it this year”, says Dr Ullrich.

The Audi drivers’ memories of the 2.32 mile circuit, which consists of a high speed oval and a narrow infield, could not be better: Last year Audi celebrated a superior double success under extremely hot conditions with more than 100 degrees Fahrenheit. This time the drivers can expect more comfortable conditions: Weathermen forecast spring like weather with less than 70F.

To ensure that the Audi drivers can cope with the strains of the forthcoming motorsport season, Team doctor Dr Christian John organised an intensive fitness training in St Moritz, Switzerland, at the end of February. “The campaign was to work on staying power and fitness. It was also important that the drivers spent time together to further strengthen their team spirit”, says Dr John. His opinion after six hard days in the snow: “Our boys are ready, the season can begin.”