{{ activeItem() }}
Twitter
09/18/20
“It is our task to leverage our technical and engineering competence to provide answers which are enabling society… https://t.co/usLMaXlxa7
09/18/20
Watch the latest episode of #WhatsUpAudi to find out more about the new Q2 #generation and its striking #design &gt;&gt;… https://t.co/DUKsAYe75t
09/18/20
Sophisticated #technology meets #sustainability in the #Audi #A3 Sportback 30 #gtron. Running on #natural #gas or… https://t.co/816xxFPaXA
09/17/20
Live at the @greentech_fest. We are taking a glance into a greener future and uniting with a global community dedic… https://t.co/yIsYCAGcwr
Audi on Twitter
YouTube
09/19/20

Mattias Ekström, two-time DTM champion, shares more about the DTM era with the Abt-Audi TT-R from ABT Sportsline (2000–2003). The Swede talks about his early days in the DTM and highlights the 2002 DTM drivers’ title of Laurent Aiello. #ThanksToDTM Stay tuned for news from the Audi Universe: Audi.com: https://www.audi.com/en.html Facebook: https://www.facebook.com/Audi.AG/ Twitter: https://twitter.com/AudiOfficial Instagram: https://www.instagram.com/audiofficial/
09/18/20 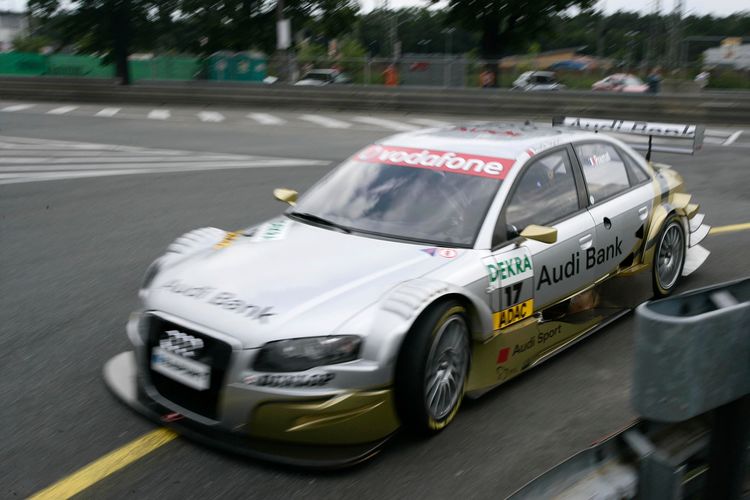 Alexandre Prémat gives Audi’s fans reason to hope for a good Norisring weekend: In the sessions that opened the DTM round in Nuremberg, the Frenchman from Audi Sport Team Phoenix set the second-fastest time of the day. Prémat was merely lacking four thousandths of a second to Bruno Spengler’s best time on the 2.3-kilometre city circuit. Lucas Luhr, Christian Abt and Adam Carroll were three other Audi drivers among the top ten.

Quickest driver of an Audi A4 DTM representing the latest generation of vehicles was the leader of the standings, Martin Tomczyk. All four drivers of Audi Sport Team Abt Sportsline used various suspension and aerodynamics set-ups in order to gather as much data as possible for qualifying and the race. At the same time, the team saved as many sets of fresh tyres as possible for qualifying and the race.

For the first time after his serious accident in the season opener at Hockenheim, Tom Kristensen is contesting a DTM round. On Friday, the Dane completed a total of 83 laps and was the fastest driver of a 2007-spec Audi in the morning’s test straight away.

The relative strengths of the contenders at the Norisring this year will only be revealed in Saturday’s qualifying practice, which will be broadcast live by ARD from 1:30 p.m. (local time) on “Das Erste”, and promises nail-biting suspense: On Friday afternoon, 19 cars were within eight tenths of a second.

Dr Wolfgang Ullrich (Head of Audi Motorsport): “Today, we primarily tried out various aerodynamic set-ups and tyre warming methods. This worked best with Alexandre (Prémat). Now we’re going to try and apply these findings to the other cars.”

Alexandre Prémat (Audi Bank Audi A4 DTM #17)
5th place / 2nd place, 48.971s
“We did a good job as a team and were always among the top five in both tests. We’ve already come up with a good set-up but there’s still a little more work to do. In dry conditions, the car was really good. I’m satisfied with the way our day went as we were consistently quick.”

Lucas Luhr (Philips Audi A4 DTM #12)
15th place / 8th place, 49.317s
“I’m lacking four tenths to Alexandre Prémat, who’s driving an identical car – that’s a lot at the Norisring. I’m sure, however, that we’ll be able to improve for Saturday.”

Christian Abt (Playboy Audi A4 DTM #16)
12th place / 9th place, 49.331s
“We tried a lot of things because that’s what you need to do on this circuit. We’re well sorted and are going to compare the data now. The best set-up is the one we’ll adopt. Alex (Prémat) is very quick and has shown that this is possible with the car. On Saturday, we all need to apply the findings on the track.”

Adam Carroll (Audi A4 DTM #20)
8th place / 10th place, 49.354s
“The day went pretty well. It was my first time driving on this circuit. I always enjoy getting to know new tracks, and it didn’t take me long either to find my pace. We worked a lot with the car. In the end, we hit rain on new tyres. This circuit gets pretty slippery.”

Martin Tomczyk (Red Bull Audi A4 DTM #4)
18th place / 14th place, 49.515s
“The car holds to the track pretty well already but, compared with Mercedes, we’re still too slow. We know the reason and are now working to resolve the issue before the qualifying. We’re talking about the typical Norisring phenomena , which come as no surprise to us. Nevertheless, things won’t be easy for us here.”

Tom Kristensen (Siemens Audi A4 DTM #7)
9th place / 16th place, 49.519s
“It’s great coming back to the DTM. Norisring is the most important race on the calendar. I’ve spent quite a bit of time making a good recovery and now I need to get used to the DTM schedule again. And if I look at the weather forecast, this weekend could turn out to be pretty turbulent.”

Mattias Ekström (Red Bull Audi A4 DTM #3)
10th place / 17th place, 49.522s
“We did a lot of work on the set-up and found a good rhythm. We’ve already come up with the right set-up for the race . On Saturday we’re going to prepare the car for the qualifying.”

Timo Scheider (Gebrauchtwagen:plus/Top Service Audi A4 DTM #8)
14th place / 19th place, 49.713s
“We’re all having a difficult time at the moment and need to find out where we can improve. During the entire practice we used one set of tyres, so we’ve still got a bit of potential left. But that won’t cover everything we’re still lacking.”

Vanina Ickx (Audi A4 DTM #21)
20th place / 20th place, 50.149s
“I had a good day at the Norisring. We did a lot of work and achieved a consistent performance on old tyres. In terms of the set-up we achieved clear improvements. Now we need to apply this on fresh tyres.”

Hans-Jürgen Abt (Team Director Audi Sport Team Abt Sportsline): “Like on all Fridays, we tried out a lot of things and, above all, gathered information. At the Norisring it’s important to pay attention to every detail and to ensure that the sectors fit together in the end. I’m hoping that we’ll manage this in the qualifying practice so that we’ll be where the real action is.”

Ernst Moser (Team Director Audi Sport Team Phoenix): “In the morning, we sent both cars out on the track in various configurations – with little as well as with a lot of downforce. We’re developing in a direction that contains low levels of aerodynamic drag and downforce. For one car, we’ve already worked this out quite well whereas the second car is still lagging behind a bit. It looks like we’re going to adjust the set-ups. The pace is right – we’re part of the action.“

Arno Zensen (Team Director Audi Sport Team Rosberg): “With Lucas (Luhr), we’re heading in the right direction, but with Rocky we’re still somewhat going around in circles. We need to analyse why.”