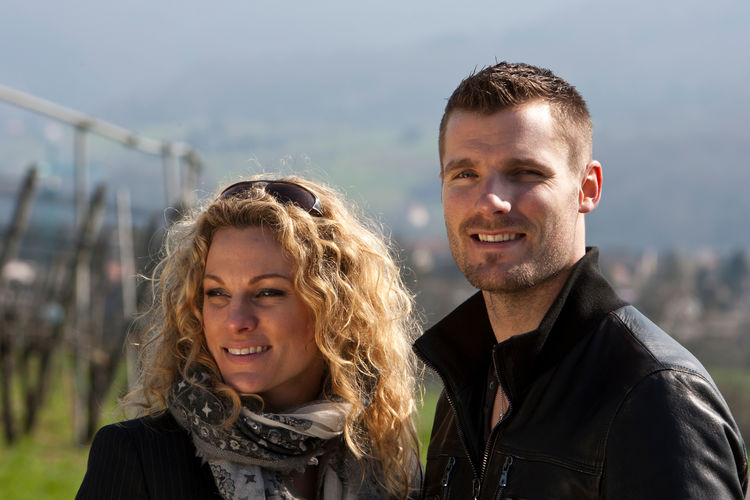 First “yabba dabba doo”, then “yippee-ki-yay”: Audi factory driver Martin Tomczyk and Audi Sport Team Phoenix currently ride the crest of a success wave in the DTM and spring from one shriek of delight to the next. Five races, four times on the podium, two particularly sweet victories – for the first time after ten seasons in touring car racing’s premier league Tomczyk competes for another team and with equipment from an older model year. The 29-year-old has found a new sporting home with the Audi factory team located on the Nürburgring’s doorstep. Not forgetting the coolness required to covert his number one status into regular top results. A portrait of the amiable Bavarian who has established coolness as success factor in the toughest DTM season of the new age.

What did Martin Tomczyk initially notice after changing from Audi Sport Team Abt Sportsline to Audi Sport Team Phoenix? “Team Boss Ernst Moser is an extremely passionate and meticulous racer,” says Tomczyk. “This gets rubbed off directly onto the entire team, which puts all its heart into the job in hand. This is why I felt at home here from the word go.” For the Rosenheim born racer moving to Audi Sport Team Phoenix after years with the Audi Sport Team Abt Sportsline squad was anything but a culture shock. A family atmosphere characterizes both teams, but there is a crucial difference. “While Abt Sportsline fields five cars in the DTM, Phoenix just enters two,” says Tomczyk. “As a result, I enjoy the entire squad’s complete trust thanks to the experience I gathered over the previous years and what I learnt with the ‘Abts’. Being the more experienced driver I am also the team leader in the two car team.”

For Tomczyk a healthy form of pressure. Because moving across to Audi Sport Team Phoenix also brought with it a change to an older model year of the Audi A4 DTM. His personal goals and expectation changed with a single stroke over the winter. “Being with Phoenix means three things are new to me: to drive an older A4 DTM, the team and my race engineer. I can think about each race as it comes without pressure and have fun in the cockpit. It’s exactly this that I’m enjoying right now.” However, will this not change after the success during the first half of the season which Tomczyk concluded as best Audi driver second in the standings only three points behind the leader? “Certainly not. I’ve been in the DTM long enough to know if and when it’s time to get nervous and when it’s better to maintain a certain level of healthy coolness.”

Martin Tomczyk gets his even poise and coolness from his spare time between the race weekends. Factor one: his fiancée Christina Surer with whom he lives together close to Basel in Switzerland. Factor two: his friends who he visits regularly in his home town Rosenheim. “Christina has an equally busy schedule like I do. However, we understand how to enjoy the spare time which remains and to switch off the racing in everyday life. Christina knows motorsport intimately and is at home in this environment like I am. However, it’s not all about engines, tires and fuel for us. I find this extremely pleasant. We also harmonize very well with one another on race weekends because Christina knows exactly when it’s better not to talk to me and how and when she can motivate me.”

As twenty something Martin Tomczyk belongs to the younger generation of drivers in the DTM, but still numbers among the most experienced. Only his Audi brand team mates Timo Scheider and Mattias Ekström can boast more race starts. Tomczyk is happy to pass on his experience. With Rahel Frey racing for Audi Sport Team Phoenix he has a championship newcomer as team mate. “Rahel is a real racer. However, with very few tests before the season it isn’t easy for her to gain a foothold in the DTM. I try to give here the right advice,” says Tomczyk. “Audi has nurtured and encouraged open and honest relations for years – it’s exactly this that we also implement at Phoenix.”

The Harley fan visits Audi Sport Team Phoenix, with its headquarters in Meuspath just a stone throw from the legendary Nürburgring-Nordschleife, as often as possible. “It was certainly more often before the season away from the hectic everyday racing life, but I try to arrange it as often as time permits,” says Tomczyk. Tomczyk won the hearts of the mechanics and engineers by storm on his first day at work. He had Team Boss Ernst Moser send him an organization chart with the nicknames and photographs of the team so he could address them immediately by name and to know which role they filled in the team. “For me it goes without saying that this is a question of courtesy and respect,” says Tomczyk. He has developed a special relationship with his new race engineer Jürgen Jungklaus. “Jürgen is a real calming influence,” says Tomczyk. “I really appreciate this because while the DTM and races are hectic enough he always finds something appropriate to say. He knows that it’s all about detail and works very conscientiously and precisely.”

Martin Tomczyk is regarded as enthusiastic high-tech fan. His latest purchase is much to the taste of his friends: a DJ mixer equipped with the latest technology for digital music. Will we see Martin Tomczyk ‘mixing’ one day during a DTM event – just like his former team mate Laurent Aiello? “Certainly not,” laughs Tomczyk. “Professional DJs have my complete and utter respect because the whole thing is definitely not easy.” Anyhow, race victories are celebrated in a totally different way at Audi Sport Team Phoenix. After “yabba dabba doo” for winning at Spielberg came “yippee-ki-yay” after the victory at the Lausitzring – a shriek of delight on each occasion transmitted via radio by Tomczyk’s race engineer Jürgen Jungklaus. “Jürgen really freaked out. Fantastic. It was the first victory in the DTM and the first with Audi for the team after a very long time. It was suitably emotional,” reveals Tomczyk. “I think that the team quickly got used to it.”

No reason to lose the new coolness found in 2011. What is the next shriek of delight to reverberate across the air waves in the event of a possible win? Best listen closely as the car crosses the finish line ...”


TV footage and pictures showing Martin Tomczyk in private are available for download at www.audi-motorsport.info