{{ activeItem() }}
Twitter
10/28/20
Join our first #digital MQ! Innovation Summit: International pioneers and experts will discuss #sustainability,… https://t.co/Q2OgCjqXzy
10/27/20
Here they are: This year's speakers for the MQ! Summit. They represent the multitude of challenges and potentials o… https://t.co/VGVsNyLkQB
10/27/20
“MQ! always stands for innovation and surprises, and this spirit should be reflected in the new digital experience… https://t.co/JFYRXAHHH5
10/24/20
75 years of taking action for #peace, #humanrights and #sustainable development – happy birthday, @UN. We are proud… https://t.co/LPUwbLYMj5
Audi on Twitter
YouTube
10/14/20 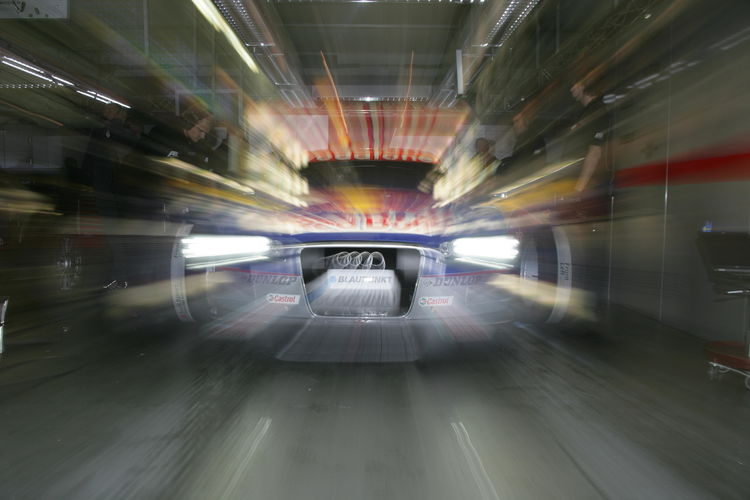 At the EuroSpeedway Lausitz, Audi driver Mattias Ekström is again reaching for the lead in the DTM standings: in the Super pole qualifying session the current champion at the wheel of the Audi A4 DTM entered by Audi Sport Team Abt Sportsline was two tenths of a second quicker than Gary Paffett in the Mercedes-Benz. Ekström claimed fifth place on the grid, one row in front of his closest rival in the fight for the title on Sunday.

Le Mans record winner Tom Kristensen was quicker than Paffett on the single timed lap as well. The Dane will start from the third row alongside Ekström. Martin Tomczyk and – for the first time – Rinaldo Capello, driving one of last year’s A4 cars of Audi Sport Team Joest, were two other Audi drivers to qualify for the single timed lap of the top ten. Audi was the only brand to make it into the top ten with four cars, showing a strong performance as a team yet again.

Before the ninth of the season’s eleven races, Mattias Ekström is merely one point behind front runner Gary Paffett in the DTM drivers’ standings. The race at the EuroSpeedway will start a 2 p.m. (local time) on Sunday. ARD will broadcast live from the circuit starting at 1:45.

Mattias Ekström (Audi Sport Team Abt Sportsline #1)
5th place Super pole, 1m 18.142s
“Of course fifth place on the grid is a little disappointing because I’d been counting on a place on the front row. There’s not a whole lot to say either: I was driving as fast as I could but under my tyres time was simply running away from me. The only good thing about it is that Gary (Paffett) is behind me, so nothing’s lost with regard to the championship.”

Tom Kristensen (Audi Sport Team Abt #5)
6th place Super pole, 1m 18.289s
“After all that rain yesterday and this morning the track was almost dry for the first time in the qualifying. I wasn’t happy with my set-up, so we tried to optimise it in the Super pole. The car did get better, yet it wasn’t as good as it should have been. Considering these difficult conditions, my grid position isn’t all that bad, but not really satisfying either.”

Martin Tomczyk (Audi Sport Team Abt Sportsline #2)
8th place Super Pole, 1m 18.481s
“The qualifying went well for me, the Super pole didn’t – but at the end of the day I don’t think there was anyone who had reason to be totally satisfied. I was simply lacking grip, so it was impossible to clock a better time. Now we’re going to investigate the reasons and tomorrow the three-pack of myself, Mattias (Ekström) and Tom (Kristensen), are going to try and push really hard.”

Rinaldo Capello (Audi Sport Team Joest #18)
10th place Super Pole, 1m 19.234s
“I’m very happy because – as expected – we improved the car significantly for the qualifying. On the Super pole lap there was suddenly a lot of grip lacking on the rear axle. We’re going to investigate this now. I’m confident that we’ll be part of the action again in the race.”

Frank Stippler (Audi Sport Team Joest #19)
13th place, 1m 18.288s
“I’d been hoping for a better result. At the end of the session, I wanted to drive two consecutive laps to make optimum use of tyre performance. Unfortunately I was only able to drive one lap on which the tyres had not yet reached their limits. That’s why I wasn’t able improve any more.”

Allan McNish (Audi Sport Team Abt #6)
15th place, 1m 18.366s
“Needless to say it was a very bad session for me. We haven’t found out yet why I had to deal with extreme oversteer in two, three corners on the respective laps. That’s why I wasn’t able to really attack. After the good practice results, 15th place is disappointing.”

Pierre Kaffer (Audi Sport Team Joest Racing #15)
18th place, 1m 18.918s
“Of course the day had been off to a bad start with the crash this morning. A big compliment to my crew who gave everything to make it possible for me to compete in the qualifying. In these weather conditions you don’t go for 101 percent, but just for 90 to 95. It’s clear that you sacrifice a couple of tenths that way. But we won’t stick our heads in the sand. It’s my firm belief that we can still achieve a lot in tomorrow’s race.”

Christian Abt (Audi Sport Team Joest Racing #14)
19th place, 1m 19.007s
“The qualifying was a lottery. At the time we decided to stay out and do a few more laps in a row we were proceeding from the assumption that rain would be setting in again soon. At that time I was in seventh place and that would have been okay. But it didn’t rain. Tough luck! Now I’ll have to show tomorrow that you can do a lot, even starting from the very back of the grid.”

Hans-Jürgen Abt (Team Director Audi Sport Team Abt Sportsline): “That was a very thrilling qualifying session where it was about hundredths of a second at times. Of course we would have liked to be further at the front, but we’ve created a tight package around Gary Paffett, so anything’s possible.”

Ralf Jüttner (Technical Director Audi Sport Team Joest): “The threat of rain made our plans for the qualifying go awry to some extent. For some of our drivers, it worked out, ‘Dindo’ (Capello) made it into the Super pole for the first time. Of course we’re happy about that. Compliments to Pierre’s mechanics who managed to prepare his car again in such a short time. Perhaps there are still some points for us to grab tomorrow, considering that the grid is pretty mixed.”

Dr Wolfgang Ullrich (Head of Audi Motorsport): “I’m satisfied about the fact that we had four cars in the Super Pole. Yet our performance in the Super Pole remains a weakness on which we have to continue to work. Looking at the championship, the grid isn’t all that bad. Tomorrow we’ll need a good team performance to make the best of it.”