{{ activeItem() }}
Twitter
03/29/20
Sometimes it may be neccessary to leave your #Audi in the garage and focus on other things. #StayHome #AudiTogether https://t.co/snQbPoRtmL
03/28/20
Let‘s use our time at home to get creative. Use your imagination to create the four rings and share it with us usin… https://t.co/CnoriBUFOy
03/28/20
Lights off for our environment: Tonight between 8:30 p.m. and 9:30 p.m. (your local time) the world turns off all i… https://t.co/9udPZRSnMG
03/27/20
RT @VWGroup: #VWGroup supports doctors and hospitals with major donation of medical supplies from China. “Volkswagen is needed and is help…
Audi on Twitter
{{ activeItem() }}
Facebook
03/25/20
Looking forward to the postponed 2020 ADAC TOTAL 24h-Rennen Nürburgring in September by looking back at our five victories with the Audi R8 LMS at the Green Hell. >> audi.com/GT3 #PerformanceIsAnAttitude
03/19/20
Our cool six-pack: see our DTM factory drivers at home in a way that you probably have not seen them before. More on audi.com: >> bit.ly/Six-Pack20 #PerformanceIsAnAttitude
03/16/20
Our latest #DriversDiary takes Nico Mueller to Neuburg for the roll-out of his new Audi RS 5 DTM and more, before heading home for some family time. Since then, this week's pre-season DTM test at Hockenheim has been cancelled. We wish everyone all the best during these tough and uncertain times. >> audi.com/DTM #PerformanceIsAnAttitude
03/16/20
Fresh look for our DTM championship-winning Audi RS 5 DTM: the car to beat is ready for our “title defense” project with new clothes from Audi Design for 2020. >> audi.com/DTM #PerformanceIsAnAttitude
Audi Sport on Facebook 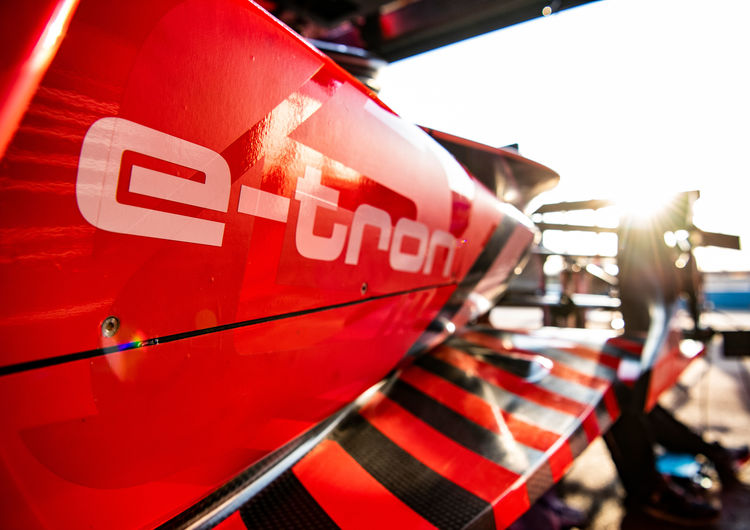 Sam Bird with the Envision Virgin Racing team clinched the first victory on the debut for the Audi e-tron FE06 in the Formula E season opener. Daniel Abt and Lucas di Grassi from the Audi Sport ABT Schaeffler factory team had a difficult start and finished without points in Diriyah. Tomorrow, they will have a new chance: the next race on the outskirts of Riyadh starts at 3 PM (CET).

With a riveting race marked by plenty of tactics, the new Formula E season kicked off in Diriyah on Friday. For the first time since the series started, the Audi Sport ABT Schaeffler factory team with Daniel Abt and Lucas di Grassi finished without points in the opening race of the season. Due to its strong championship positions last season, the German-Brazilian pairing had to go out on the still very dusty track in the first two qualifying groups and were only able to achieve the fifteenth and nineteenth place on the grid.

In the race, di Grassi made up six places to finish thirteenth. Daniel Abt was also fighting back, when he was touched by a rival which damaged his front wing causing him to hit the wall. Instead of scoring points, he had to settle for the fastest race lap as a small personal highlight. The first in a total of fourteen races on five continents and in nine capital cities was won by Audi’s customer team Envision Virgin Racing with the newly developed Audi e-tron FE06.

“Obviously, we would have wished for a different beginning to the season for Daniel and Lucas,” says Team Principal Allan McNish. “Both of them had to qualify in the first two groups due to their excellent results in the previous season. They went on to make the best of their difficult start, but even so, remained without points. We are going to work hard as tomorrow is a new race day and we are all very motivated to start fighting back.”

A new chance for points and trophies will already present itself tomorrow (Saturday): The second race this season on the 2.494-kilometer circuit on the outskirts of Riyadh starts at 3 PM (CET). Because they remained without points in the first race, Lucas di Grassi will qualify in group three and Daniel Abt in group four. Later groups are regarded as more advantageous, because the track becomes cleaner and thus faster in the course of qualifying.