World RX: Audi and EKS on course in Canada 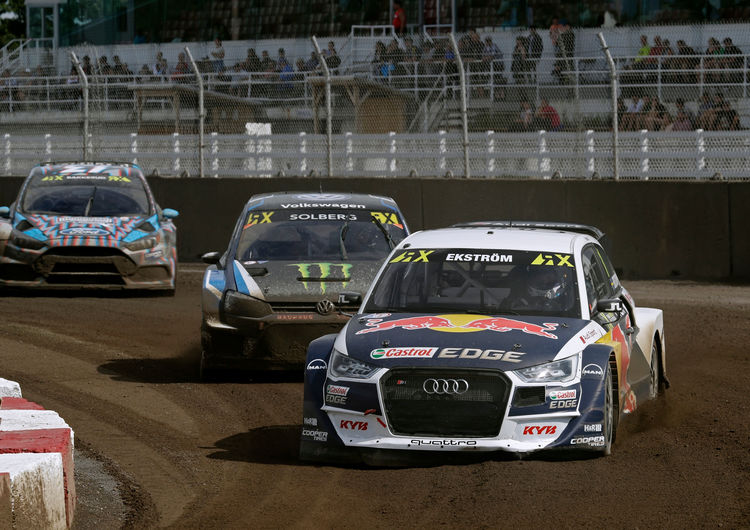 At the eighth round of the FIA World Rallycross Championship in Canadian Trois-Rivières, Audi and EKS have made an almost perfect start. Toomas Heikkinen and Mattias Ekström hold second and fourth places after the first day. Heikkinen mastered the torrential downpours in the first of four qualifyings the best and set the fastest time of all 20 starters. After taking fifth place in race two, the Finn sits in the top three again after the day one for the first time since the season opener in Barcelona. “Things went exceptionally well for me, but it’s only the beginning,” said Heikkinen putting events into context. “In Barcelona the good intermediary result brought me nothing in the end. Even so, I obviously want to make the most of the good position and make the final for the fourth time in succession in Canada. Then anything is possible.” Returnee Ekström, who did not compete in the last round in Sweden due to the clashing DTM race at the Norisring, also aims to make another final. “It’s great fun to be back again,” says the reigning World Champion. “Tomorrow we’ll attack at the maximum and fight for the fourth big trophy this year.” For the third EKS driver Reinis Nitišs day two is all about making up lost ground. Following a technical problem in first qualifying, the Latvian is only 19th overall. The action continues in Trois-Rivières on Sunday at 15:30 (CEST) with qualifying 3.