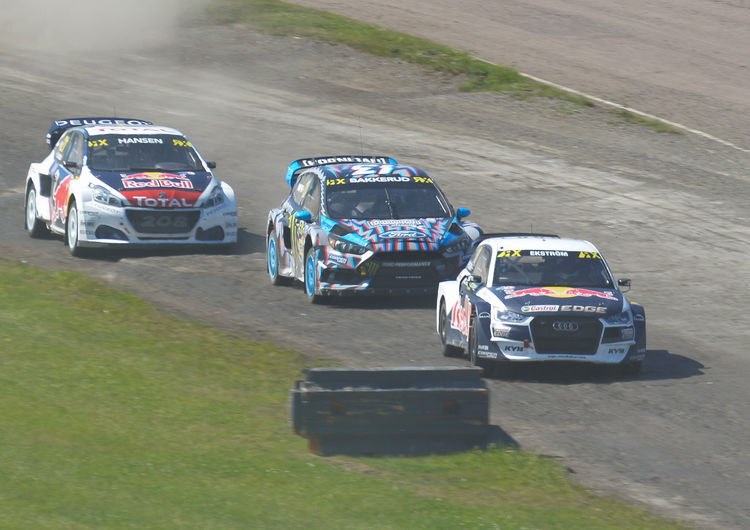 Mattias Ekström has his latest podium result in sight at the fifth round of the FIA World Rallycross Championship at Lydden Hill. After two of four qualifying races, the reigning champion is in third position at the traditional track in southeast England. “So far I have no reason to complain. The car is running well and the weather is outstanding by English standards,” said the Swede. “Near the front, but still some way to go. The Polos of Petter Solberg and Johan Kristoffersson are very fast.” Ekström’s teammates Toomas Heikkinen and Reinis Nitišs had a tough day. After engine trouble in the second qualifying heat, Heikkinen is only in fourteenth place and he will have to fight hard to reach the semi-finals for the twelve best drivers. Nitišs’ day was even worse. In the first qualifying race, the Latvian received a 30-second time penalty, because he forgot to do the joker lap. In the second qualifying heat, he stopped early after contact with Niclas Grönholm, which resulted in Nitišs hitting the barrier, ending the day ranked in twenty-fourth.