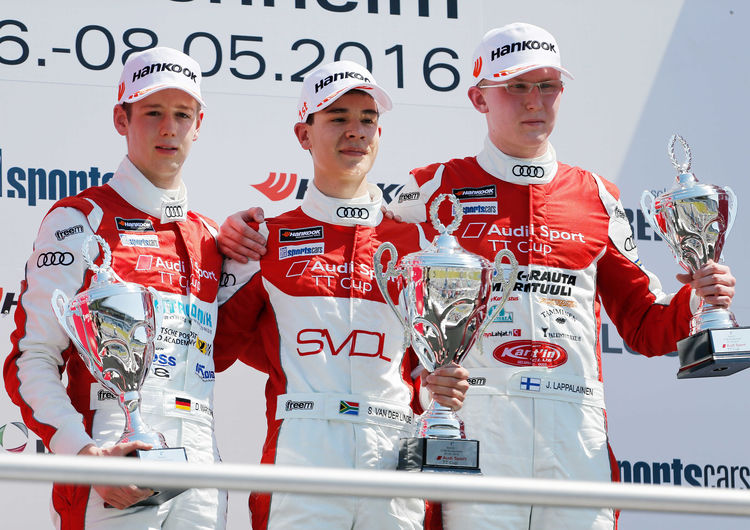 Sheldon van der Linde won the first race in the 2016 Audi Sport TT Cup at the Hockenheimring. The rookie in the Audi one-make cup won round one ahead of Dennis Marschall and Joonas Lappalainen. Local hero Marschall had started the race from pole position, but had to defer to the pressure exerted by the merely 16-year-old South African. Former Formula One driver Scott Speed in seventh place overall won the duel of the guest entrants against Andreas Mikkelsen. The WRC driver crossed the finish line in ninth place.