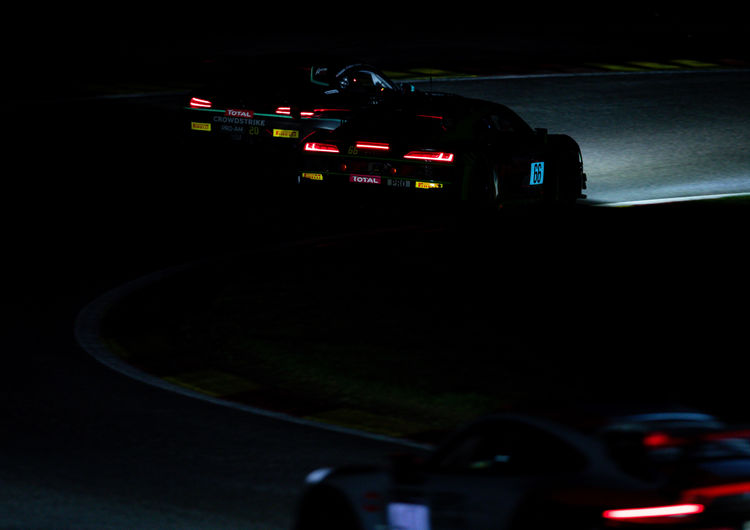 The Spa 24 Hours remained unpredictable and absolutely open during the night from Saturday to Sunday. After rain set in during the 13th hour of the race, both Audi R8 LMS cars of Audi Sport Team Attempto and Audi Sport Team Saintéloc improved further. At times, Patric Niederhauser in number 66 of Attempto was third, Dorian Boccolacci in number 26 followed four places behind. After 16 hours, exactly two thirds of the race distance, Frédéric Vervisch was seventh for Attempto, Christopher Haase ninth for Saintéloc. Both were on the same lap as the leader. With five brands among the top ten, the Spa 24 Hours is more exciting and open than it has been for a long time. Also still in the race is the Audi R8 LMS number 30 of Audi Sport Team WRT in 21st place, as well as number 33 of the Belgian Audi Club Team WRT in 35th place overall and in seventh in the Silver classification.