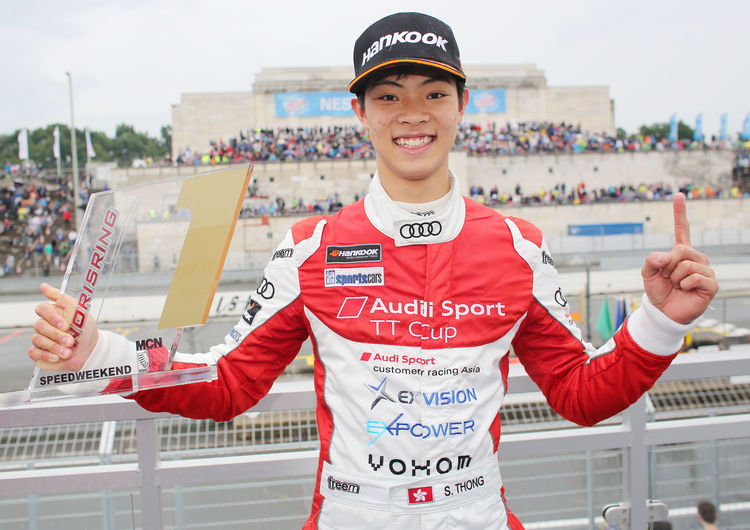 Shaun Thong has won the first race in the Audi Sport TT Cup at the Norisring. Having started from pole, the 19-year-old from Hong Kong clinched a lights-to-flag victory in round three of the season and received the winner’s trophy from the hands of Head of Audi Motorsport Dr. Wolfgang Ullrich. Behind Thong, Jan Kisiel from Poland and Nicolaj Møller Madsen finished in positions two and three. On clinching his third place on the podium in the third race, the Dane also took the lead in the overall classification. Among the guest drivers, the Spaniard Jordi Gené, who crossed the finish line in fourth place, was the winner. Marcus Graf von Oeynhausen-Sierstorpff and Doreen Seidel completed the podium in this classification. Race two of the Audi Sport TT Cup at the Norisring will be held on Sunday at 9.00.