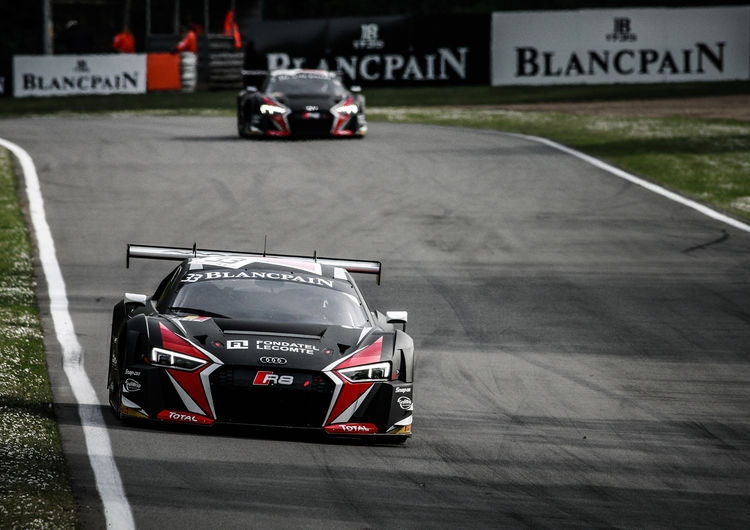 Belgian Audi Club Team WRT in the Blancpain GT Series Sprint Cup celebrated its second consecutive victory in the main race. In round two of the season at Brands Hatch in the UK, the German Christopher Mies and his Belgian teammate Enzo Ide triumphed in the Audi R8 LMS. After taking a podium place in the qualifying race, the duo started from third place on the grid and made up one position at an early stage. Following the pit stop, Christopher Mies took the lead and went on to defend it up to the finish. A success was recorded by Marlon Stockinger and Franck Perera as well. In an Audi R8 LMS of Audi customer team ISR, they took pole position and finished the qualifying race in second place.