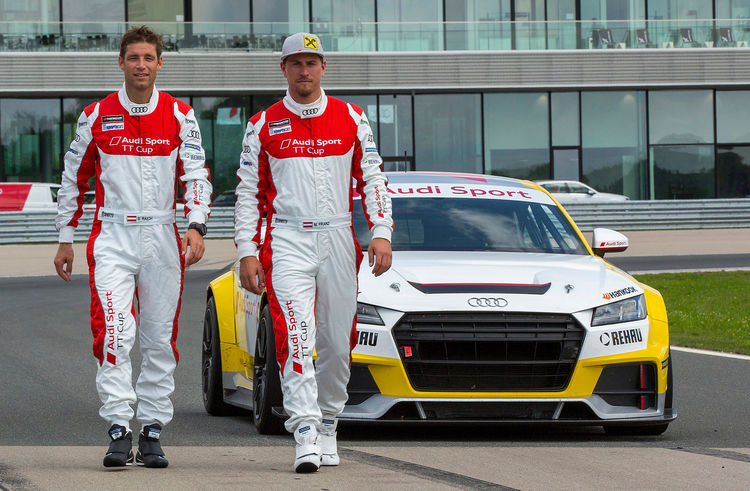 At round six of the Audi Sport TT Cup, spectators can look forward to seeing two popular Austrian skiers: Max Franz and Benni Raich will be on track at the Red Bull Ring as guest entrants from September 22 to 24. 39-year-old former alpine ski racer Benjamin Raich from Pitztal, Tyrol, is a two-time Olympic gold medalist, three-time World Champion and one-time overall World Cup winner. Max Franz is a member of the national team of the Austrian Ski Association and hails from Weißbriach, Carinthia. He competes in the Downhill and Super-G disciplines, has clinched four podium places in the World Cup – including a victory in Gröden – and won bronze in the FIA Alpine World Ski Championships in St. Moritz. Originally, Marcel Hirscher should have completed a trio of skiers in the Audi Sport TT Cup, but the six-time overall World Cup winner and World Champion is unable to race due to an injury.