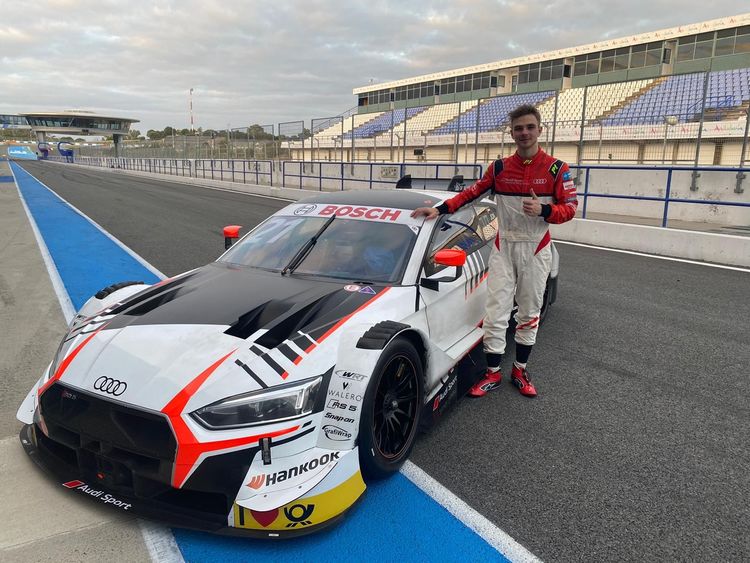 Robin Rogalski was able to celebrate an early Christmas present in Spain. The youngster won the Audi Sport Seyffarth R8 LMS Cup this year and thus a test in the Audi RS 5 DTM, with which Audi dominated the DTM this year and won all three titles. Audi Sport fulfilled its promise on 13 December: The native German with Polish roots was able to get to know the RS 5 DTM intensively on the race track of Jerez in the south of Spain. Rogalski completed a total of 84 laps in the 610-hp touring car, which corresponds to a mileage of 371 kilometres.