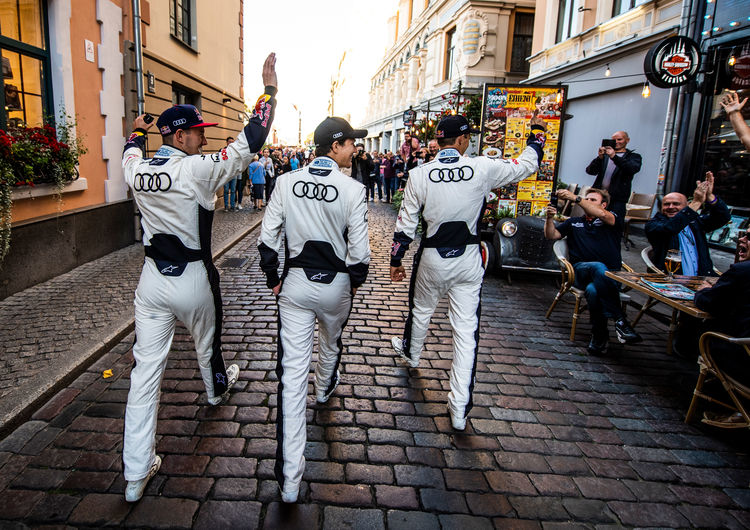 Perfect warm-up for round nine of the FIA World Rallycross Championship in Latvia: in front of hoards of enthusiastic fans, the Audi drivers participated in a driver parade through the capital city Riga, signed autographs, took selfies and answered the spectators’ questions. In addition to Mattias Ekström and Andreas Bakkerud, DTM driver Nico Müller competes for the first time again this season in a third Audi S1 EKS RX quattro. After finishing second in France, the young Hungarian Krisztián Szabó competes again in the FIA European Rallycross Championship (EuroRX) at the wheel of a first generation Audi S1 EKS RX quattro under the EKS banner. The first fans had also already arrived at the race track: during the track walk, a Latvian folklore dance group accompanied the EKS Audi Sport squad and provided a musical prelude to the race weekend (Link to the video https://bit.ly/2CXI71r ). The race track action starts on Saturday with free practice followed by two qualifying sessions. Highlights of the weekend are the semi-finals and final on Sunday (September 16) from 15:00 local time. SPORT1 broadcasts live on Sunday from 13:00 – 15:00, as well as online at www.sport1.de and also on TV on SPORT1+. SPORT1 shows the highlights on its main channel from 21:15.