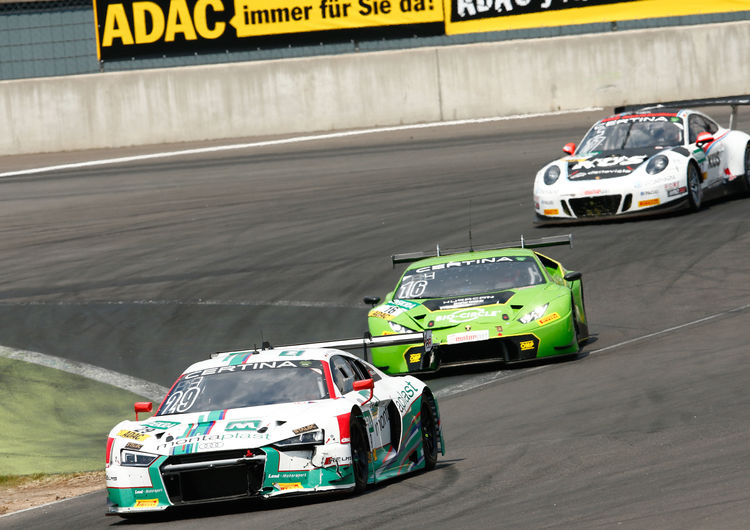 At the third round of the ADAC GT Masters season, Christopher Mies and Connor De Phillippi defended their championship lead in the Audi R8 LMS from the Montaplast by Land-Motorsport squad. In the first race, the driver duo produced an impressive comeback drive to move from 16th on the grid to finish sixth. In the second race, the two drivers were running fourth for many laps and pressurizing the third placed car. Thanks to a stop-and-go penalty for their rival just a few minutes before the finish, Mies and De Phillippi moved up to third and in doing so retained their championship lead, now three points, before the summer break.