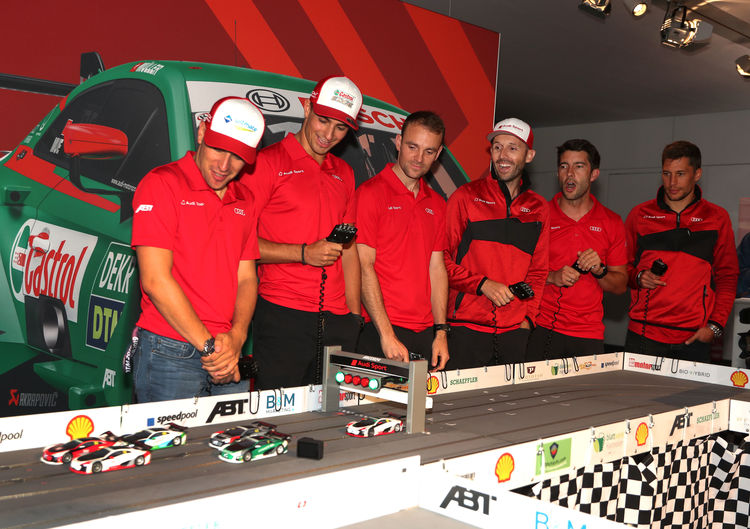 Before the DTM race at Assen, the six Audi factory drivers from the DTM fought some spectacular head-to-head battles on a digital slot car race track. At the controls of six Audi e-tron Vision RCCO cars, Nico Müller won three of the six heats, which earned him his first overall victory in the Slot Car Challenge. Mike Rockenfeller and last year’s winner Loïc Duval completed the podium. UK DTM commentator Dave Richardson commentated on the turbulent races. “That was huge fun,” said the Briton. “These six guys are simply cool.”