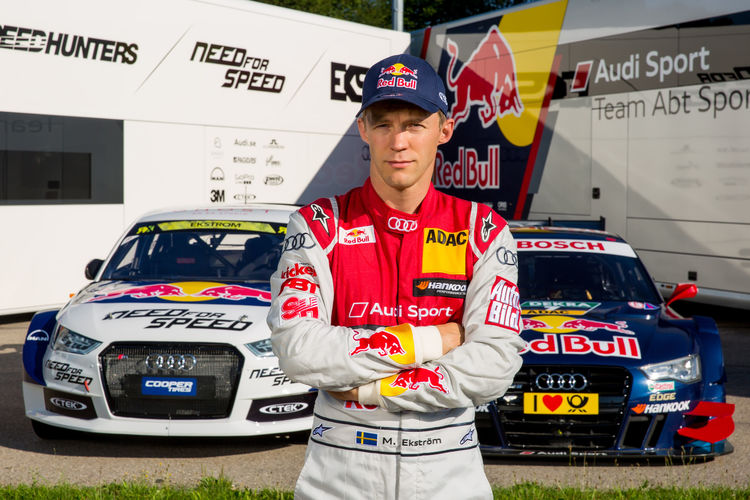 The Audi driver about the DTM festival at Hockenheim and the planned joint appearance of the DTM and FIA Rallycross World Championship (World RX).

You’re a DTM driver and owner of a private rallycross team. How do you view the joint appearance of DTM and World RX at Hockenheim?

It’s fantastic that this is coming off. The ITR and the IMG have been working on this for a long time behind the scenes. As a rallycross team boss, I’m delighted about the RX supercars being allowed to race in front of such a great crowd at the Hockenheim Motodrom. As a DTM driver, I’m delighted about the DTM opener becoming even more interesting as a whole and that additional fans will be traveling to Hockenheim. It’s a win-win situation for both – the DTM and the World RX. But the fans are the true winners.

What can the spectators look forward to on the first weekend in May?

To two of the best racing series that currently exist in the world, with fascinating race cars such as the Red Bull Audi RS 5 DTM and our Audi S1 EKS RX quattro – currently the only Audi in motorsport with conventional quattro drive. In addition, there’ll be the inaugural event of the new Audi Sport TT Cup. It’ll be a unique opportunity to experience all this on a single weekend not to be missed by any fan. I’m sure that the best tickets for the DTM festival will quickly be sold.

The DTM had a long winter break. Now the action will soon be starting again, with testing scheduled at Portimão (Portugal) for the beginning of March. Are you looking forward to sitting in the DTM cockpit again?

As long as there’s still snow on the ground here I’m still finding a bit difficult to think about a DTM race. But the upcoming track tests are sending a clear signal that we’ll be starting again soon. And that’s good. The new DTM season with its new format and the additional races promises plenty of suspense.

You’ll be competing in car #5 in the DTM this year – that’s the number you clinched your first title with in 2004. A good omen?

Yes, but not just because of that. I generally like the number ‘5’ because a lot of things in life have to do with ‘5.’

Will you be competing with ‘5’ in the Rallycross World Championship as well?

The plans for my private team, EKS, have not been completed yet. We’re still looking for partners to support us. Our aim is to compete in the full World Championship. But nothing’s locked in concrete yet. Obviously, I’m hoping for EKS to be able to race in the DTM festival at Hockenheim.