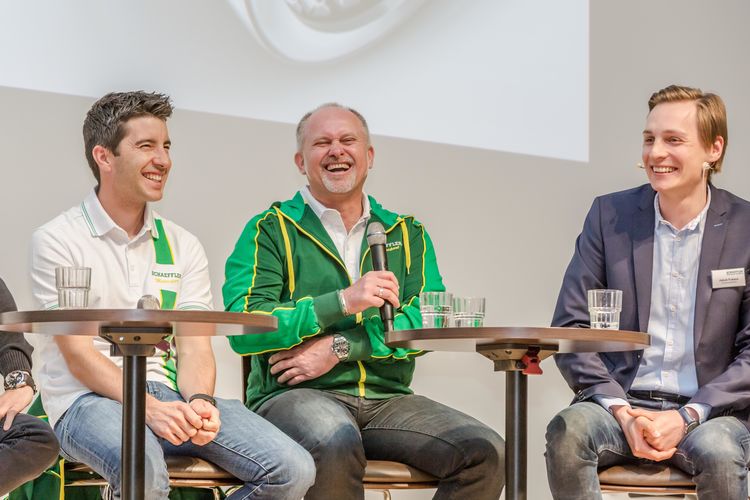 A day full of variety at Schaeffler: Mike Rockenfeller visited the Schaeffler Motorsport Academy in Herzogenaurach yesterday. The Audi factory driver engaged in an exchange with fans and Formula Student alumni and avidly signed autographs. “Rocky,” who has been sporting Schaeffler’s colors ever since the 2012 DTM season and became DTM Champion the following year, answered the questions of the engineers of tomorrow during a panel discussion.