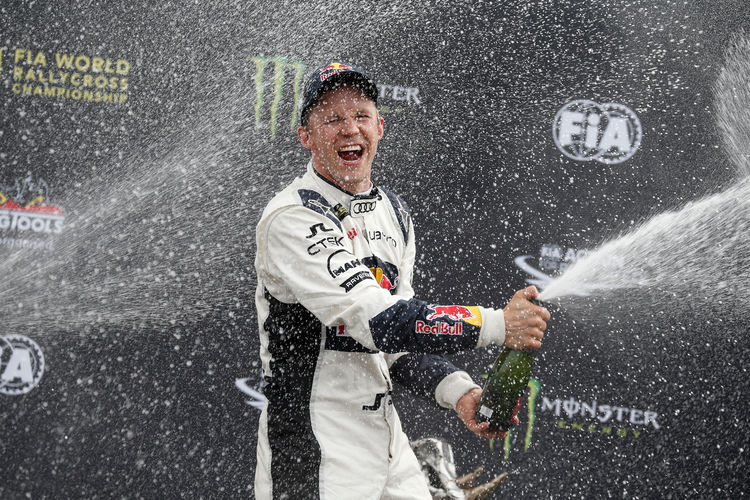 Mattias Ekström remains the dominant campaigner in the FIA World Rallycross Championship. Following his celebrated successes at the Hockenheimring and in Belgium, the Swedish Audi driver won the round in the “Home of Rallycross” at Lydden Hill in the UK. After a clear victory in the semi-final, Ekström in a dramatic final defeated reigning World Rallycross Champion Petter Solberg. The 37-year-old, after four in twelve rounds, is now leading the drivers’ classification, trailed by Solberg, with a five-point advantage. Ekström’s team, EKS, extended its lead of the teams’ standings in the World Rallycross Championship to 56 points.