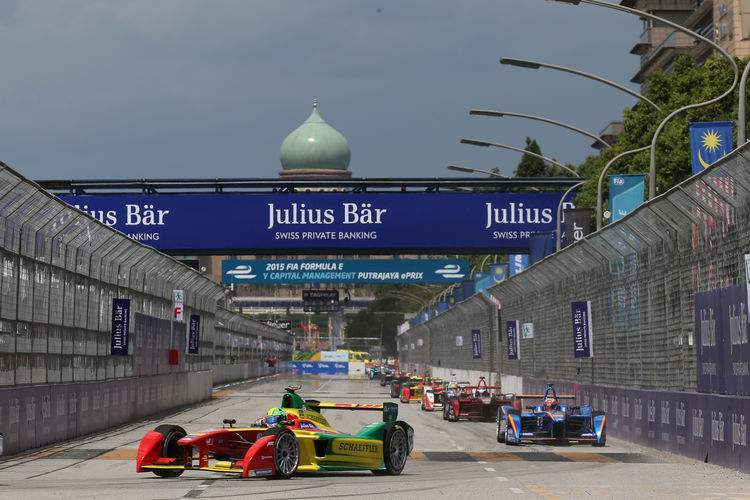 Lucas di Grassi won the FIA Formula E race at Putrajaya
Lucas di Grassi won the second race of the Formula E season in Putrajaya (Malaysia). The Audi factory driver kept a cool head in temperatures around 35 degrees Celsius before being presented with the trophy after 33 laps from the country’s Prime Minister. The 31-year old Brazilian, who drives for Team ABT Schaeffler Audi Sport, took the electric racing series championship lead with the win. The next race is on December 19 in Punta del Este (Uruguay).
Facebook
Twitter
LinkedIn
WhatsApp
Back to top