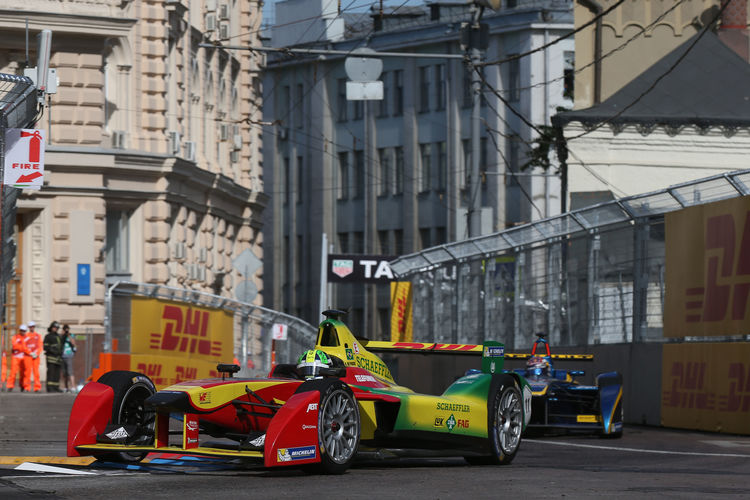 Lucas di Grassi finished second and his sixth podium result in nine races as Formula E enjoyed its premiere in Moscow. The Audi factory driver, who competes for Audi Sport ABT Formula-E Team in the series for pure electric driven formula cars, moves up to second again in the championship. The final two races of the season are held in London on June 27-28. Beforehand, the Brazilian competes in the 24 Hours of Le Mans again at the wheel of an Audi R18 e-tron quattro.