Lucas di Grassi as guest at the Berlinale

{{ activeItem() }}
Twitter
07/13/20
Not long to go until the @DTM season finally gets underway. Catch up with @nico_mueller in his latest #DriversDiary… https://t.co/YQfM5DAOsL
07/13/20
MEDIACENTER: Successful on the Nordschleife &gt;&gt; https://t.co/VDDAd3nWB7 #PerformanceIsAnAttitude #GT3 https://t.co/8yNn8AwF9t
07/13/20
Well done to the Audi teams this past weekend: Second overall and class wins in NLS @vln_de, victories in TCR Russi… https://t.co/nyPZG37YD5
07/13/20
#66 for our 2-time @DTM champ @ReneRastRacing in Berlin. Race numbers cannot be changed by a team mid-season, as pe… https://t.co/PlbZBqa4cW
Audi Sport on Twitter
{{ activeItem() }}
Facebook
06/30/20
10 races with thrills, spills, banter and more: Looking back on the first season of the RCCO #RaceHome charity racing series with our DTM factory drivers competing for a good cause. #RaceHome #AudiTogether #etron #StayHome #PerformanceIsAnAttitude #RaceAtHome
06/29/20
From the virtual RCCO #RaceHome season finale, to picking up his new ride and racing at the Green Hell – a fun week for Nico Mueller in his latest #DriversDiary. >> audi.com/DTM >> audi.com/GT3 #RaceHome #AudiTogether #etron #StayHome #PerformanceIsAnAttitude #RaceAtHome -------------------- Audi RS 6 Avant: Combined fuel consumption in l/100 km: 11,7 (20.1) – 11,5 (20.5); combined CO2 emissions in g/km: 268 (431.3) – 263 (423.3); Information on fuel consumption and CO2 emissions as well as efficiency classes in ranges depending on the tires and alloy wheel rims used. // www.audi.com/dat
06/25/20
“That was the car I really loved to drive. I felt really confident in the new A4.” Together with Mattias Ekström, we’re looking back on the era of the Audi A4 DTM – the car that scored 5 DTM drivers’ titles for us. >> audi.com/DTM #PerformanceIsAnAttitude #AudiTogether
06/24/20
The first season of the RCCO #RaceHome charity racing series is in the books. Check out our race highlights and broadcast from WeatherTech Raceway Laguna Seca: >> bit.ly/2Vb03ww #RaceHome #AudiTogether #etron #StayHome #PerformanceIsAnAttitude #RaceAtHome
Audi Sport on Facebook 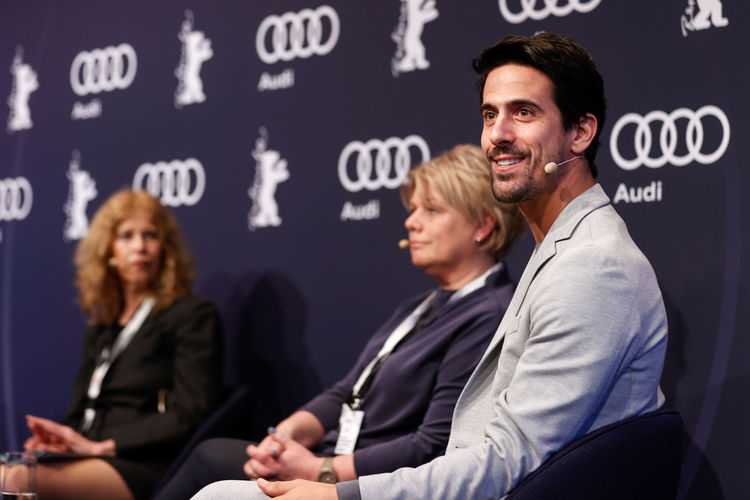 Before the next appearance of Formula E in Marrakesh on Saturday, Lucas di Grassi paid a visit to the Berlin International Film Festival, which is being held in Berlin until the coming weekend. The Audi Formula E driver and climate ambassador for the United Nations discussed ideas, technologies and visions for a more sustainable future in various areas with journalist Birgit Heidsiek and film producer Antra Cilinska on a podium in the German capital – all under the motto of: “The show must go green.” It is already the seventh year that Audi is the main sponsor of the Berlinale and once again supports high-caliber events relating to film, culture, business and society.