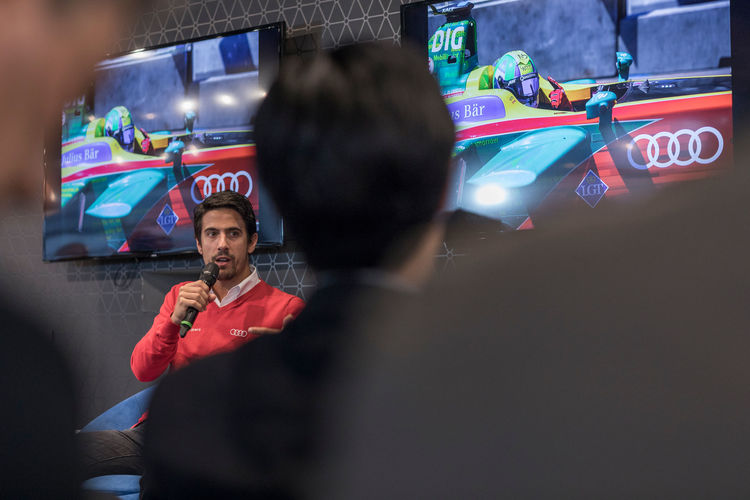 Lucas di Grassi has returned to his Brazilian homeland for the first time since his Formula E triumph: in São Paulo, his city of birth, numerous media representatives and TV broadcasters greeted him for a round of interviews in the Audi headquarters. On Saturday, the 33-year-old South American will be a guest at the official presentation of the Audi Q5 in Rio de Janeiro. Almost three weeks ago, Lucas di Grassi with the ABT Schaeffler Audi Sport team clinched the title in Formula E, the electro racing series, and thus celebrated the greatest success in his career so far.