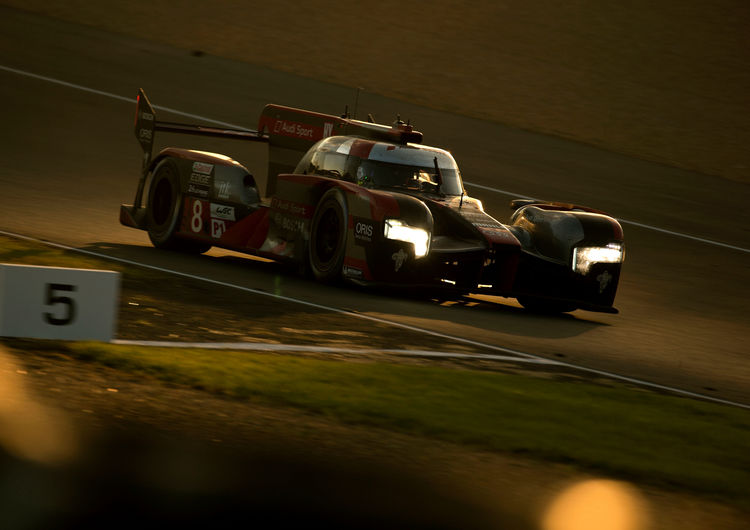 After ten hours, the two Audi R18 cars from Audi Sport Team Joest continue to run in positions four and six in the 24-hour race in Le Mans. Audi R18 #8 lost further ground when Loïc Duval had to come into the pits at 00:20, due to a left rear puncture. By one o’clock, Audi R18 #8 was almost two laps behind the race leader.