First victory of the season for Mikel Azcona 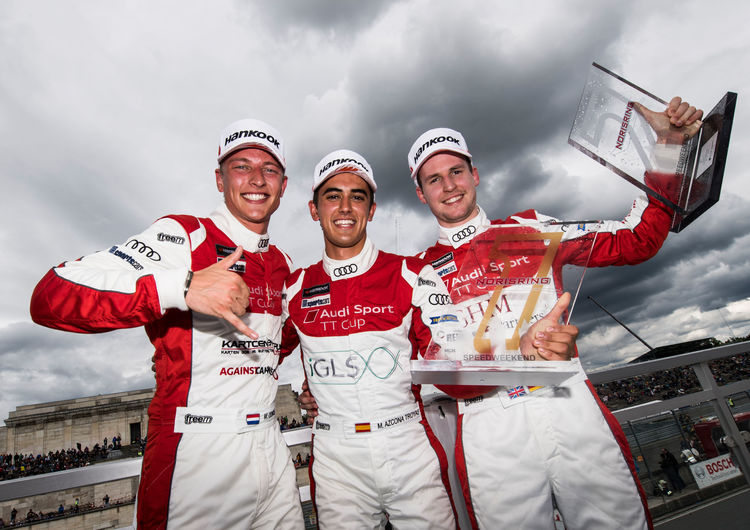 There is a new winner in the Audi Sport TT Cup: The Spaniard Mikel Azcona ended Phillip Ellis’s winning streak, who with three victories this season was so far unbeaten. The Briton Ellis had to settle for second place in Nuremberg, after Azcona delivered a dominant start-to-finish victory from pole position. In doing do, Azcona has improved his position on the table from seventh to fifth. However, with 96 points, Ellis remains the table leader in front of the Pole Gosia Rdest, who follows 25 points behind. Third place at the Norisring went to Milan Dontje, who had started from fourth on the grid. The Dutchman, who had already stood on the podium at the Nürburgring, remains third on the table. Two drivers delivered strong comeback drives at the Norisring: Mike Beckhusen from Berlin fought from twelfth to eighth, producing some thrilling overtaking maneuvers on the way. The Scot Finlay Hutchison, who due to a penalty had to start from the back, even made up six positions and finished in eleventh.