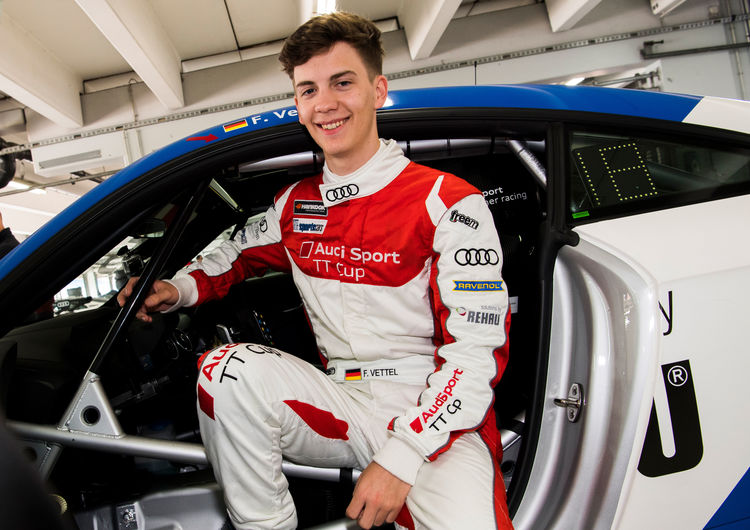 Fabian Vettel has bolstered the 2017 driver line-up at the Audi Sport TT Cup season introductory course on April 12 in Hockenheim. The 18-year-old junior driver and younger brother of Sebastian Vettel begins his motorsport career as a rookie in the 340 hp Audi TT cup. So far, 13 male and two female drivers from a total of ten countries have been confirmed, and they will also be accompanied by guest starters at each of the seven events. 14 out of 15 participants are contesting their first full Audi Sport TT Cup season, only Philip Ellis (GB) took part last year and finished in third place in the rookie rankings. “We are delighted with the international diversity of this year’s cohort,” says Philipp Mondelaers, who is in charge of the Audi Sport TT Cup. “Our junior drivers have clearly stepped up throughout the introductory course.” The season opener will take place from May 5–7 at the Hockenheimring.