{{ activeItem() }}
Twitter
08/12/20
“Yeah, very, very happy. Third place, my first podium in Formula E.” – @ReneRastRacing. More from him,… https://t.co/wgaJ7TisrR
08/12/20
Fanboost is open for round 11 of @FIAFormulaE in Berlin. Vote for @LucasdiGrassi and @ReneRastRacing: &gt;&gt;… https://t.co/QxTqG36A7o
08/12/20
Our position in the teams’ standings with one race to go in the 2019/2020 @FIAFormulaE season. &gt;&gt;… https://t.co/9ZYmWo7wfz
08/12/20
.@ReneRastRacing’s podiums moves him up to 16th in the drivers’ standings. @LucasdiGrassi is still in the battle to… https://t.co/WfcM5YGfxW
Audi Sport on Twitter
{{ activeItem() }}
Facebook
08/11/20
Victories for the Audi R8 LMS in the GT World Challenge Europe at the Misano World Circuit highlighted a weekend with wins and podiums around the world. Well done to our customers. 🇮🇹 🇩🇪 🇨🇳 🇷🇺 🇧🇪 🇿🇦 🇸🇪 🇺🇸 >> audi.com/GT3 >> audi.com/GT4 >> audi.com/TCR #PerformanceIsAnAttitude
08/10/20
Before heading to Lausitzring this weekend, let’s have a quick look back on the DTM safety measurements at the track in Nico Mueller’s latest #DriversDiary. >> audi.com/DTM #PerformanceIsAnAttitude #ThanksToDTM
08/10/20
We will be back racing at the Lausitzring for the next two weekends. Let’s have a look back on our history at the circuit. >> audi.com/DTM #PerformanceIsAnAttitude #ThanksToDTM
08/03/20
What a start to the DTM season it was for Nico Mueller! Race victory and he is currently leading the drivers’ standings. See how he experienced the weekend in his latest #DriversDiary. >> audi.com/DTM #PerformanceIsAnAttitude #ThanksToDTM
Audi Sport on Facebook 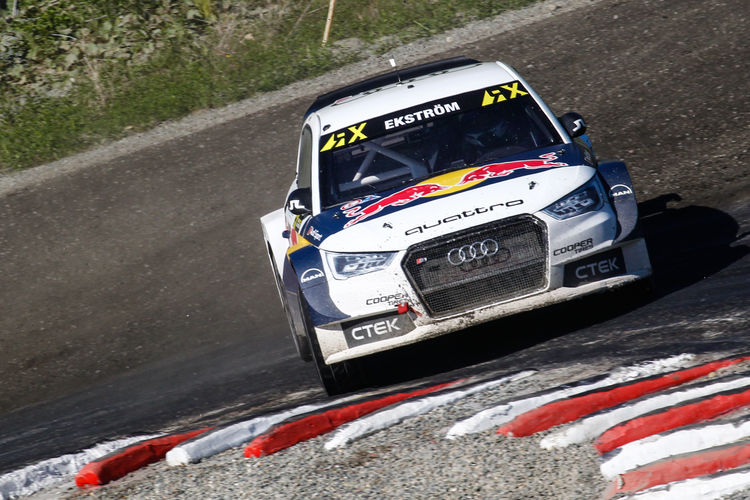 Mattias Ekström has continued his impressive string of podium places. In round five of the FIA World Rallycross Championship in Hell, Norway, Ekström finished third. This means that across the series he competes in, the DTM and rallycross campaigner took podium finishes on six consecutive weekends. This further success means that Ekström and his privateer team, EKS, have defended their lead of the drivers’ and teams’ standings in the World Rallycross Championship. Round six of the season will be held at Höljes. In his home round, the Swede has triumphed in the two past years.