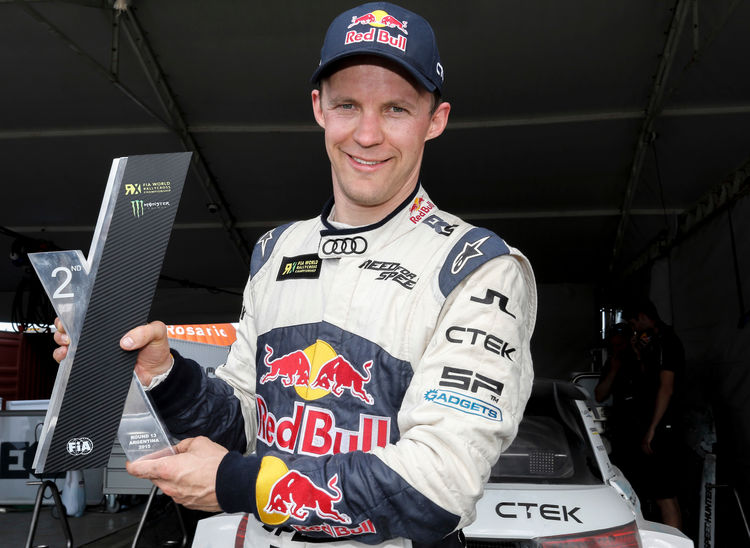 Mattias Ekström clinched second place in the final round of the 2015 FIA Rallycross World Championship. At Rosario, Argentina, the Swede in the Audi S1 EKS RX quattro of his privateer Teams EKS only had to admit defeat to his compatriot Robin Larsson in the finale of the top six drivers. For Ekström, following his victory in his home round at Höljes and second place at Lydden Hill, UK, this marked the third podium finish this season. In the drivers’ classification, the 37-year-old ranks in sixth place overall. Together with EKS, the team boss and driver is now feverishly working on plans for the next season that will start in Portugal in April 2016.