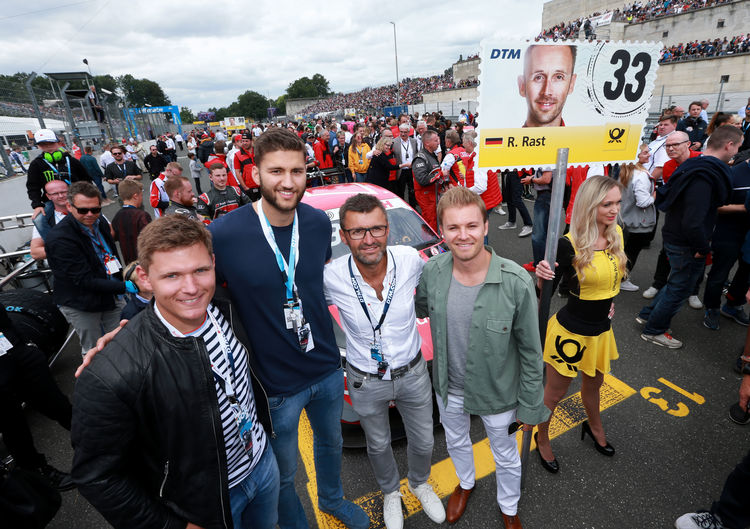 The Norisring is regarded as the seasonal highlight on the DTM calendar. The only street circuit on the calendar of the popular touring car racing series attracts plenty of celebrities to the banks of the Dutzenteich again this year. Among others featuring on Audi’s guest list this coming weekend are basketball star Maximilian Kleber from the Dallas Mavericks, surprise Hahnenkamm winner Thomas Dreßen, trainer of newly promoted Bundesliga club 1. FC Nuremberg Michael Köllner, ex-ski ace Maria Höfl-Riesch and Nico Rosberg. The former Formula 1 World Champion visits Audi Sport Team Rosberg on Sunday. Formula E star Daniel Abt is in action this weekend as race taxi driver.