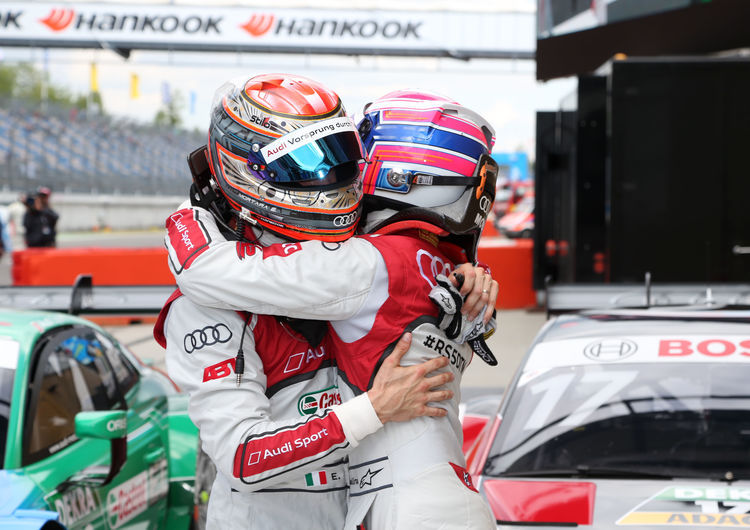 Impressive performance by Audi at the Lausitzring: the brand with the four rings secured the top four spots on the grid in qualifying for Saturday’s race (start at 18.08 CEST, broadcast live on ‘Das Erste’ from 18.00 CEST).

Grid position one was clinched by Miguel Molina in the Teufel Audi RS 5 DTM of Audi Sport Team Abt Sportsline ahead of his brand colleagues Jamie Green (Hoffmann Group Audi RS 5 DTM), Edoardo Mortara (Castrol EDGE Audi RS 5 DTM) and Mattias Ekström (Red Bull Audi RS 5 DTM). As a result, the three drivers with the best points score in the overall standings will be starting from the first two rows.

“We already saw how strong our Audi RS 5 DTM is this year at Hockenheim,” Miguel Molina said after clinching the fourth pole position in his DTM career. “Obviously, taking the top spot on the grid in the home round of my new sponsor Teufel of all places makes this result twice as sweet.”

Adrien Tambay (Playboy Audi RS 5 DTM) did not do a timed lap in qualifying. The Frenchman was relegated to the last position on the grid because Audi Sport had to repair two engines that were damaged in the area of the oil pans following the season opener. Only one repair per season and manufacturer is permitted without a penalty.