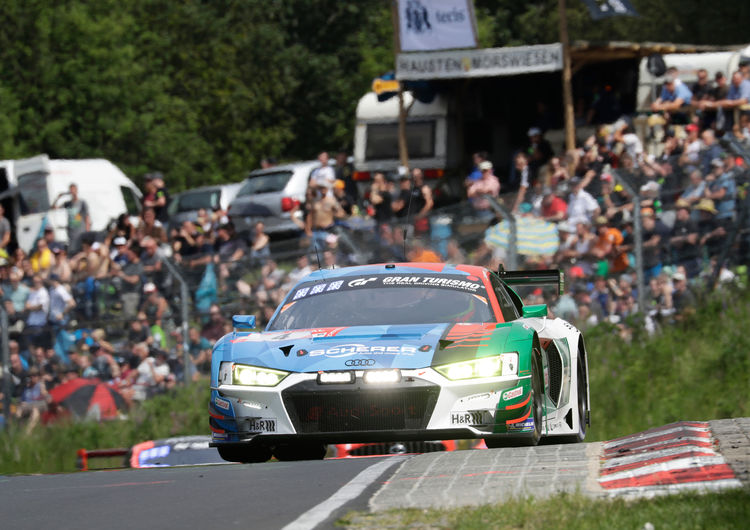 In the dramatic final four hours of the Nürburgring 24 Hours the Audi R8 LMS with number 4 of Audi Sport Team Phoenix took over the lead in the Eifel classic for the first time. Subsequently Dries Vanthoor brought the car to the finish in first position. It was a great reward for a faultless performance of the crew which also consisted of Pierre Kaffer, Frank Stippler und Frédéric Vervisch. It was the fifth win for Audi in the Nürburgring 24 Hours. The final stages of the race were unlucky for Audi number 29 of Audi Sport Team Land. Kelvin van der Linde who was in a promising second position had to retire with two and a half hours to go due to damage after a tire failure. The Audi R8 LMS of Audi Sport Team Car Collection narrowly missed out on the podium position: Christopher Haase/Marcel Fässler/René Rast/Markus Winkelhock finished fourth. The two are private Audi R8 LMS also finished. The car of Phoenix Racing saw the checkered flag in ninth position, the Audi of Car Collection Motorsport finished in 16th place. In class SP8 Audi took a 1-2 victory. The Giti Tire Motorsport by RaceIng Audi R8 LMS won in front of the Giti Tire Motorsport by WS Racing Audi R8 LMS GT4. Bonk Motorsport secured second position in the SP3T class with the Audi RS 3 LMS.