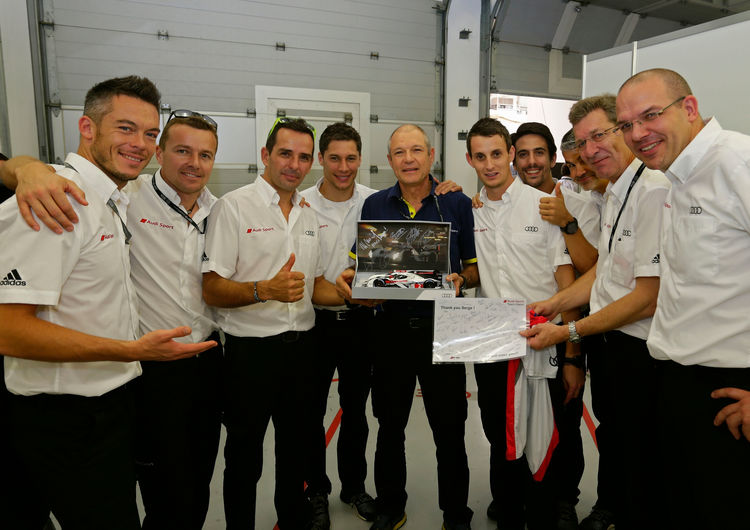 At the WEC finale in Bahrain, Audi said farewell to the long-standing Michelin employee Serge Montorier who is retiring. Team boss Ralf Jüttner presented the Frenchman with a signed Audi R18 e-tron quattro model car and a jersey. The tire technician has been working for the French manufacturer since 1976 and in the field of motorsport since 1984. „At Michelin, I took care of Audi as far back as in the World Rally Championship“,the 59-year old Frenchman recalls. „That was an unforgettable era. But I wouldn’t have missed the great era of sports car racing for the world either. Not only Michelin, but Audi too, has been like a family to me.“ Montorier has been advising Audi for many years at Le Mans and has been involved in the WEC sports car program since 2012. In 2016, he will work for the very last time at a motor race and fittingly at the 24 Hours of Le Mans.