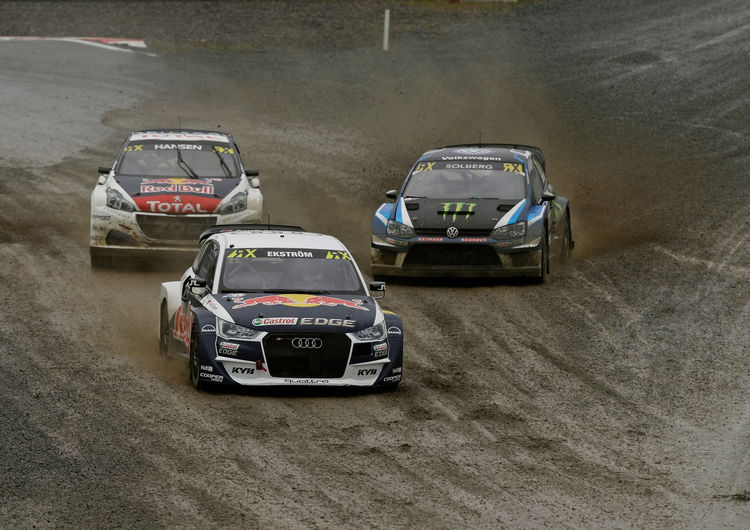 Mattias Ekström is the benchmark so far at round six of the FIA World Rallycross Championship in Hell. The Swede leads the overall classification after the opening day around the rollercoaster track in Norway. The reigning World Champion won the first qualifying race before finishing second in second qualifying. “On the whole a good day for us,” says Ekström. “I was a little surprised that we were so fast in the wet, but this means nothing. In rallycross nobody gets points or presents for being in the lead after the first day.” Despite the torrential rain, Ekström’s team mates Reinis Nitišs and Toomas Heikkinen coped well on the slippery track. The two youngsters from EKS hold seventh and eighth positions after the opening day and as a result have every chance of qualifying for the semi-final races for the twelve best drivers. Events continue in Hell with qualifying 3 on Sunday from 10:00 CEST.