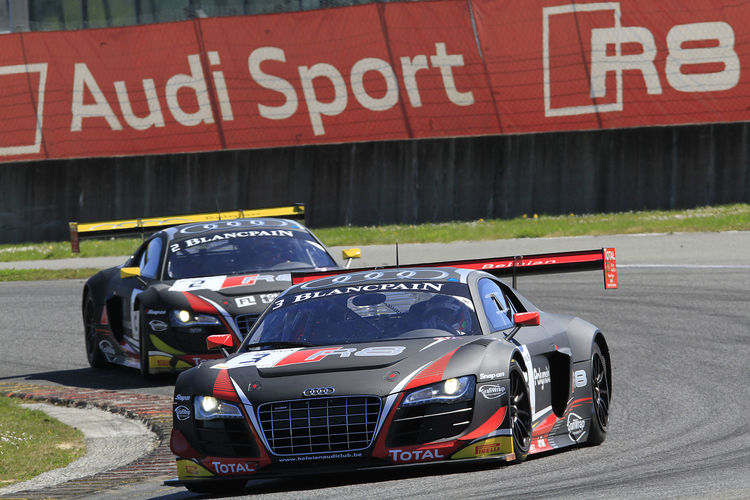 In the opening round of the Blancpain Sprint Series season, the Audi R8 LMS ultra was the leading car: five of the powerful 560 hp GT3 racecars finished in the top eight in the main race. The most successful of this group was Belgian Audi Club Team WRT, which took second place in the main race with drivers Stéphane Ortelli and Stéphane Richelmi after they had won the previous day’s qualifying race. The second WRT Audi driven by Christopher Mies/Enzo Ide finished both races in third place. Their team mates James Nash/Frank Stippler were sixth in the main race. Marco Bonanomi and Filip Salaquarda finished seventh for the Audi customer team ISR. Their team mates Anders and Thomas Fjordbach celebrated class victory in the Silver Cup category. A fantastic comeback drive by Markus Winkelhock and Niki Mayr-Melnhof from Phoenix Racing ended in eighth place after having stated from the back of the grid. The Blancpain Endurance Series also starts its new season this coming weekend. Ten Audi R8 LMS will join the grid at Monza – four from Belgian Audi Club Team WRT, and two cars each from Saintéloc Racing and ISR as well as a single car from Phoenix Racing and Team Parker Racing. Phoenix and WRT will both field a new R8 LMS.