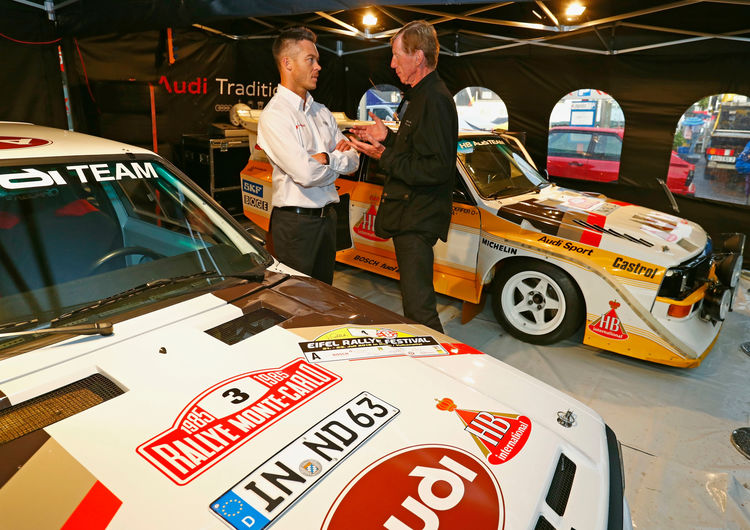 Audi driver André Lotterer is an enthusiastic rally fan. At the fourth round of the FIA World Endurance Championship (WEC) at the Nürburgring, he took the opportunity to attend the Eifel Rallye Festival in Daun. With his private Audi Sport quattro the 2012 endurance world champion visited Audi Tradition at the event, where they had three rare cars in their camp. Along with one Audi Sport quattro and a Sport quattro S1, Audi presented the spectacular Audi Group S mid-engine rally prototype. “It is an absolutely fascinating car,” said an enthused Lotterer, who also met one of his childhood heroes: the two-time world rally champion Walter Röhrl drove the Group S car on the rally stages around Daun.